Respawn has just released a new update for APEX Legends that fixes a number of crashes, and improves the game’s stability. In addition, the team revealed its complete changelog which you can find below.

Going into more details, the September 22nd Patch fixes a crashing error that could occur when equipping animated banner poses. It also fixes an exploit that allowed Pathfined to melee far faster than intended. Not only that, but it includes some fixes for errors that could cause disconnections. 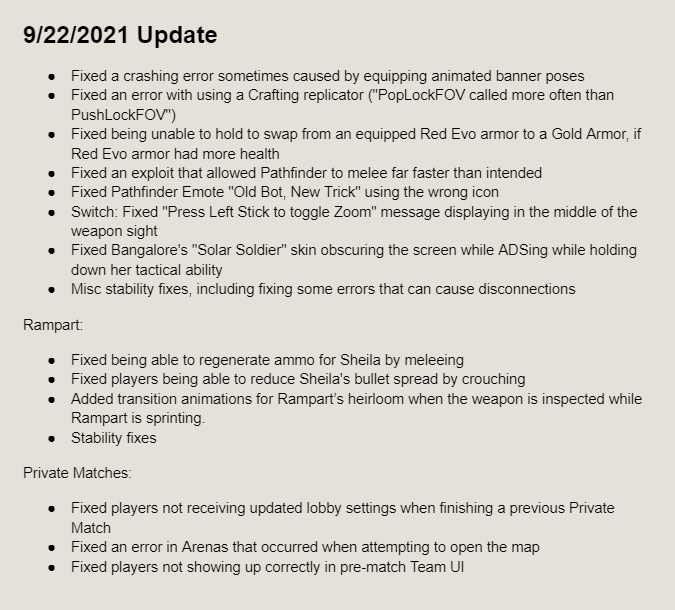