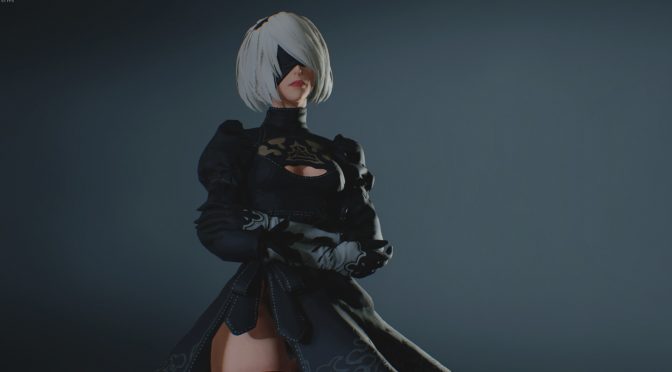 As with most 3D model swappers, this 2B NieR Automata mod for Resident Evil 2 Remake requires FluffyQuak’s mod manager in order to be installed.

Of course this isn’t the only game in which 2B was used to replace the main protagonist. We’ve seen similar mods for Monster Hunter World, Dark Souls, Skyrim, Sekiro: Shadows Die Twice and Dark Souls 3.

In case you are wondering, this mod does not bring any gameplay changes to the game. In other words, don’t expect any melee combat mechanics or sword fighting. 2B will still be using Claire’s arsenal and will behave in a similar way.

Still, it’s really cool witnessing this character finding her way into completely different games, and that’s one of the reasons why we love PC modding.

But anyway, those interested can download this 2B NieR Automata mod for Resident Evil 2 Remake from here, and below you can find some screenshots from it.