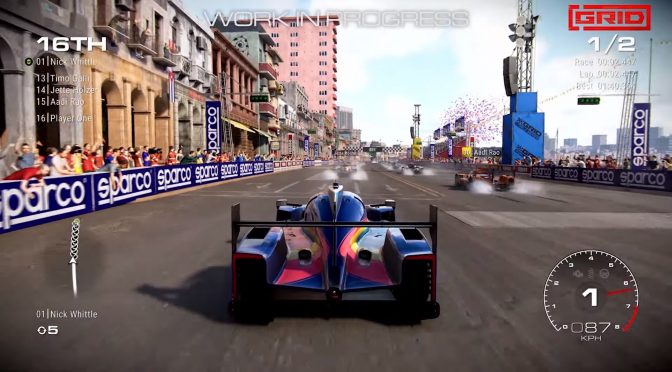 Codemasters has released a brand new gameplay trailer for GRID. According to the press release, this new trailer takes us to the brand new Havana Street Circuit, and also features the official 2018 IMSA WeatherTech Sports Car Championship race cars.

The video features Codemasters’ game director Chris Smith and community manager Chris Groves as they talk about some of GRID’s new key features as well as some of the other tracks, virtual teammates, as well as the new rival and nemesis system.

The video also captures exciting scenes in which the Codemasters team opens the hunt for the FA Racing team – the team that includes GRID’s race advisor, Fernando Alonso. Fernando Alonso will be included in the new GRID as an AI opponent.

GRID is currently planned for an October 11th release.