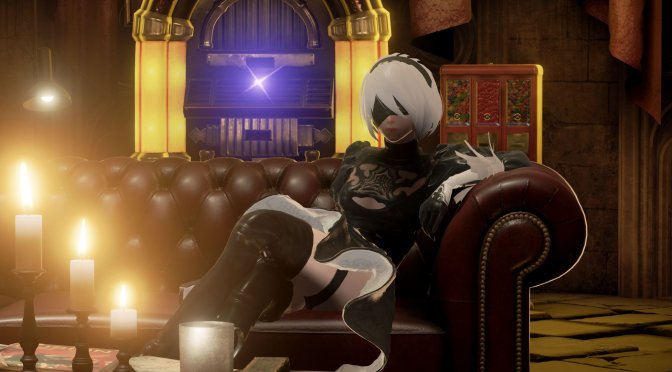 And… we all saw that coming. CODE VEIN is an anime-style action RPG and ‘Rathren’ released a new mod that allows you to play as 2B from NieR Automata. This mod comes with three outfits for 2B, and features full skirt cloth physics.

To be honest, this feels like a perfect game for 2B. After all, 2B looks like a character straight out of an anime or manga. So yeah, this actually feels like a game were it makes sense to have a character like her.

You can download the three outfits for 2B from here. To install them, you’ll have to place the .pak file in the :/CodeVein/Content/Paks/~mods folder. Then, you’ll have to use Female default character, otherwise you’ll have two heads.

In order to showcase this character swap mod, the modder has also released the following screenshots. Unfortunately, there are some low resolution textures on 2B’s outfit. Overall though, and despite this minor gripe, this mod appears to be working great. So, if you want to experience CODE VEIN with 2B, this is the mod for you. Do note, however, that this mod does not bring any of 2B’s weapons from NieR Automata.