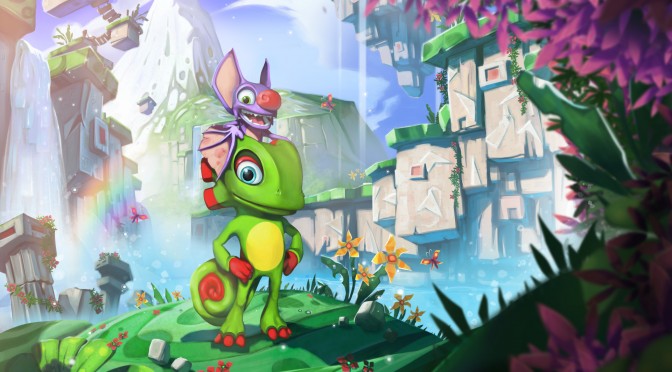 Epic Games has announced that Yooka-Laylee and Void Bastards are currently free to own on Epic Games Store. From today and until August 26th, PC gamers can visit their EGS pages and acquire their free copies.

Yooka-Laylee is an all-new open-world platformer from Playtonic. Players will “explore huge, beautiful worlds, meet an unforgettable cast of characters and horde a vault-load of collectibles as buddy-duo Yooka and Laylee embark on an epic adventure.”

On the other hand, Void Bastards is strategy-shooter that aims to test your wits as well as exercise your aim. In this game, your task is to lead the rag-tag Void Bastards out of the Sargasso Nebula. The game features a 12-15 hour campaign that you can complete with an endless supply of prisoners, each with their own unique traits. When one dies, another steps forward to carry on the fight.

You can get your free copy for Yooka-Laylee and Void Bastards from here and here, respectively.