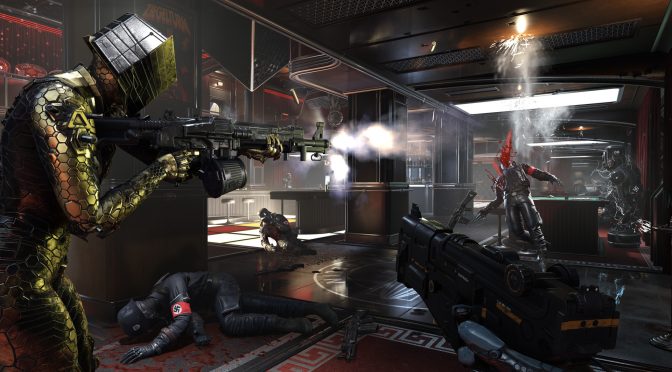 Going into more details, update 1.0.3 fixes a crash that could occur if the player used Crush in specific areas of Riverside, as well as an issue causing frequent crashes on Windows 7 machines with high-end video cards.

Patch 1.0.3 also resolves an issue that was causing Client players to do substantially more damage than higher-level Host players in co-op, an issue preventing Client players from picking up heavy weapon ammo from downed enemies if they had the Bigger Guns perk, and an an issue that could allow drones to spawn from drone towers even after players turned them off with the floppy disk code.

Furthermore, this update fixes an issue that was causing elevator buttons in the Tower 2 landing pad to flicker between displays, and adds a notification to warn players of poor network conditions.

As always, Steam will download this patch the next time you launch its client (the patch is 176MB in size) and you can find its complete changelog below.

If you still experiencing this issue and are using the latest drivers after a clean install with a PC that meets the minimum specs, please contact our support team at https://help.bethesda.net and provide your DXDiag and MSInfo. You can find instructions on how to create those here[help.bethesda.net].