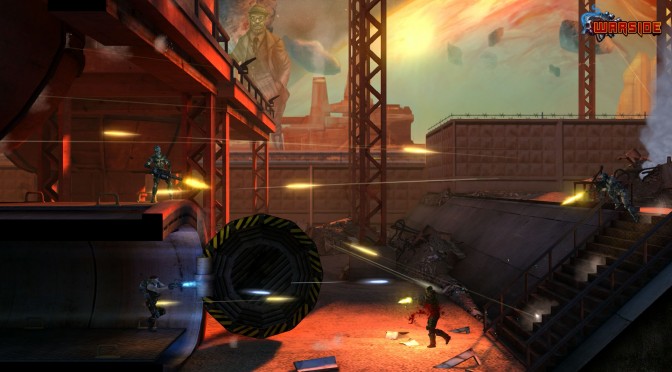 Kraken Games has informed us about the release of its free-to-play classic 2D shooter MMO that is packed with RPG elements, called Warside. Warside has both PvP and PvE cooperative game modes, offers 5 different battle-modes, and features flexible character leveling system, hundreds of weapons, armor suits, as well as gadgets.

In Warside, players create their own elite soldier and take him in to online battle in this visceral multiplayer Sci-Fi shooter.

“Use your unique abilities in full blooded combat with other players as well as hordes of monsters and gain tactical battlefield advantages over your enemies by hovering in mid-air, covering great distances in a single leap and hanging on walls to ambush your enemies. Use the flexible RPG system and wide array of equipment to advance and customize your character. “