Fatshark today announced that Warhammer: Vermintide 2 has surpassed one million units sold within five weeks after being released on PC.

“We are genuinely humbled by the reception of Warhammer: Vermintide 2 from gamers all over the world. We reached half a million units within the first week, and one million within five weeks, which is far quicker than we ever expected.”

Vermintide 2 is described as a visually stunning and ground breaking melee action game pushing the boundaries of the first person co-op genre. Set during the apocalyptic End Times of the Warhammer world – the game introduces the dark, bloody and twisted forces of Chaos as an enemy faction. Other new features include 15 hero careers, new environments, talent trees and the proprietary Heroic Deeds System. 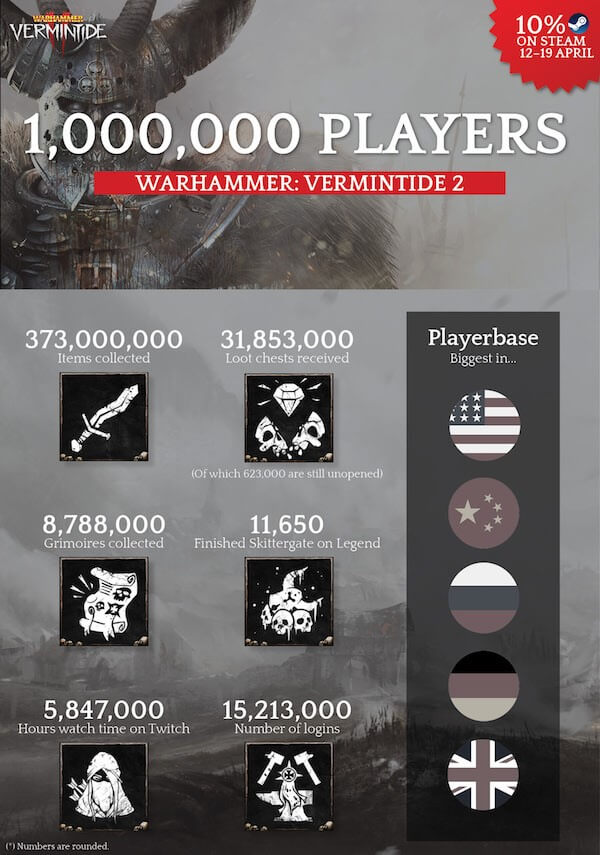