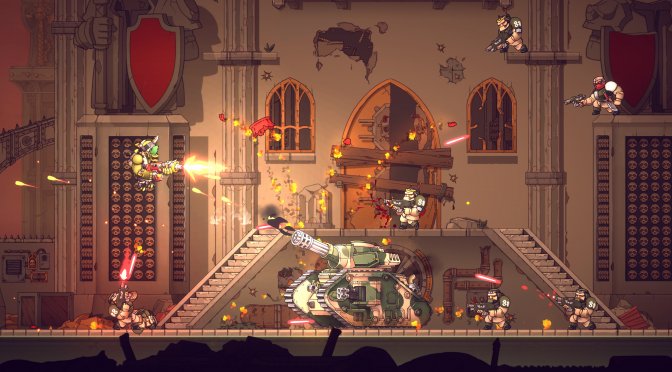 In this game, players become the spearhead of an Ork invasion as they bash, smash and shoot their way through the hive city of Luteus Prime on a mission to retrieve their hair squig and claim vengeance on your warlord.

The game promises to feature a great arsenal of weapons. Moreover, Warhammer 40K Shootas, Blood & Teef will support both solo and co-op modes.