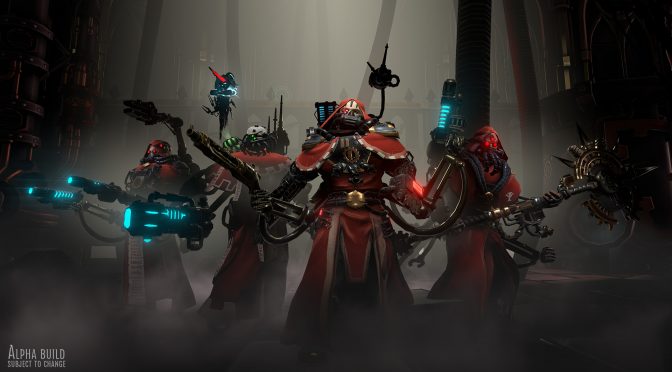 In Warhammer 40K: Mechanicus, players will take control of one of the most technologically advanced armies in the Imperium – The Adeptus Mechanicus. As Magos Dominus Faustinius, players will lead the expedition on the newly rediscovered planet of Silva Tenebris.

Players will be able to manage resources, discover long-forgotten tech, plan tactical operations using the Noosphere technology and control their Tech-Priests every move. As the game’s description reads, every decision players make will shape the missions ahead and ultimately decide the fate of the troops under their command.