TitanFall is planned for a mid-March release but gamers may get their hands on it earlier than anticipated. According to Origin, the beta phase for TitanFall will be launched soon. Spotted by our friends at MP1st, a message on Origin – that has been removed – claims that the beta will be coming soon.

EA and Respawn have not commented on it yet, and there is no information about the platforms this beta will support. 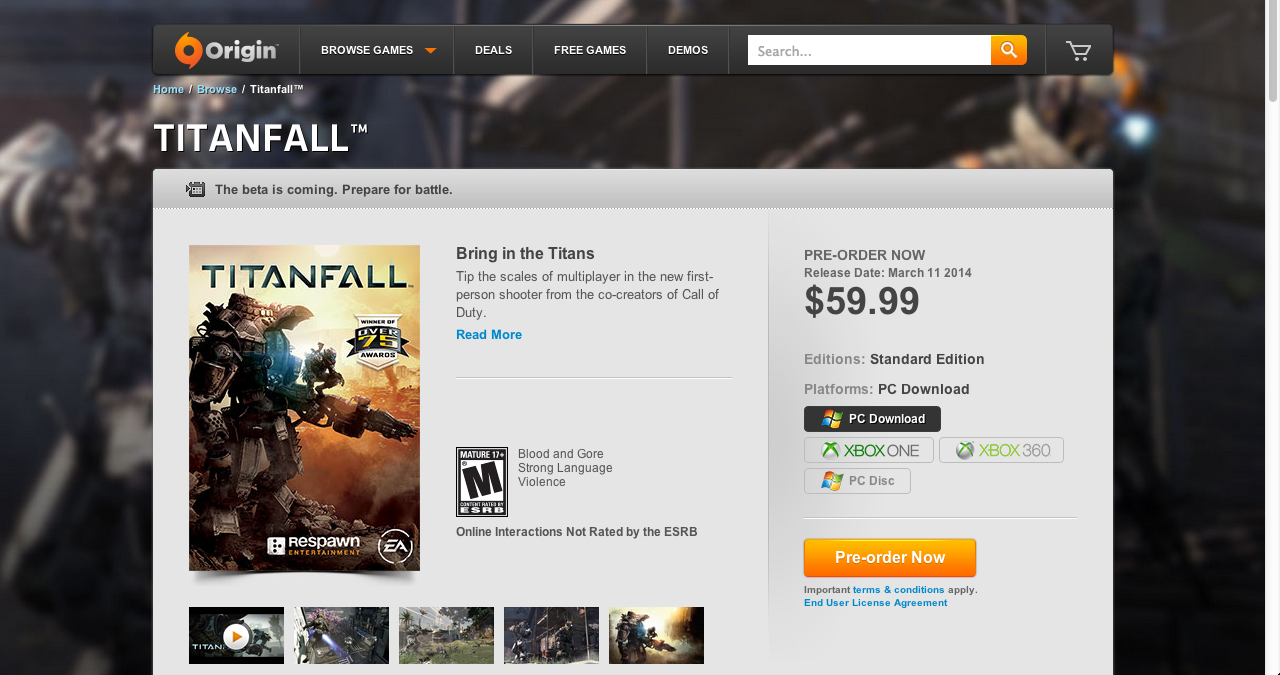