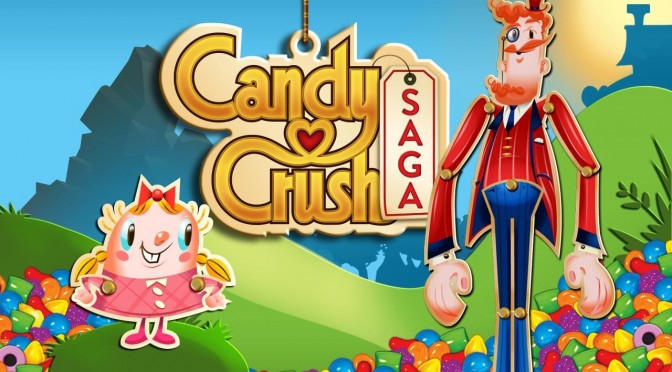 Man, what a week. Earlier this week, King.com – creator of Candy Crush Saga – trademarked the word ‘candy’ and sent threats to a lot of developers – mostly indies – to remove this word from their games. Not only that, but King decided to trademark the word ‘saga’ and as a result of that, Stoic is currently facing some legal issues due to its latest title’s name which is no other than ‘The Banner Saga’.

This whole situation is ridiculous. But wait because there is more. Yesterday, Stolen Goose claimed that King stole/cloned their game. The reason behind this? The fact that Stolen Goose decided to go with a different publisher than King.

“We were in talks with Lars Jörnow at King.com to license our Scamperghost game.  Before the deal was closed (and certainly before any contracts were signed) MaxGames.com made a better offer so we thanked King for considering our game and politely ended our negotiations. King.com (giant company) retaliated against us (two young indie devs) by quickly making a direct clone of our game and almost released it before us! We only got ours out sooner because a friend close with the company contacted us privately to warn us in advance…”

King was quick enough and released a statement about Pac-Avoid, in which the company refused cloning Scamperghost. However, King decided to take down the game from its website, and one can only wonder the reasons behind this move. After all, this game has been live for five whole years. And since Stolen Goose has been in negotiations with King, it’s almost certain that the company was well aware of the similarities between that game and Pac-Avoid.

Here is the official statement from King:

“King does not clone other peoples’ games. King believes that IP – both our own IP and that of others – is important and should be properly protected. Like any prudent company, we take all appropriate steps to protect our IP in a sensible and fair way. At the same time, we are respectful of the rights and IP of other developers. Before we launch any game, we do a thorough search of other games in the marketplace, as well as a review of trademark filings, to ensure that we are not infringing anyone else’s IP. However, for the avoidance of doubt, in this case, this game – which was coded by a third party developer 5 years ago – has been taken down.”

All in all, it’s been a weird week. It will be interesting to see what will happen with The Banner Saga, and whether King will be able to trademark the word ‘Saga’ the same way it did with the word ‘Candy’.