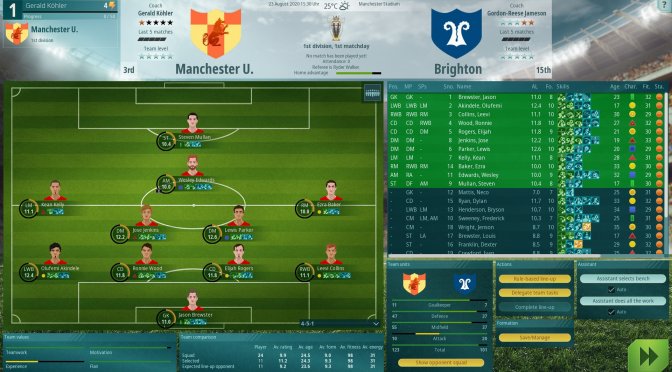 THQ Nordic has announced a new football manager game, We Are Football. Created by Gerald Kohler and his team, the creative mind behind the “On The Ball”- series and the “Football Manager”-series, We Are Football will put you in charge of your dream team.

“Become both the head coach and the manager at the same time: organise the daily training; choose the right tactics to beat your opponents; pick the best young players to join your team; negotiate the best advertising contracts; build a stadium that can fit your ever-growing fanbase; and, perhaps above all else, make sure you don’t ask for too much when selling replica shirts to your supporters!”

We Are Football aims to offer you full control of every aspect of your club but remains as simple as a hoofed long ball. In We Are Football you won’t spend entire evenings understanding how everything works. It’s possible to polish off an entire season in little more than it takes to finish a real game of professional football: just two hours.

Lastly, THQ Nordic has released the game’s debut trailer that you can find below!

We Are Football - International Teaser