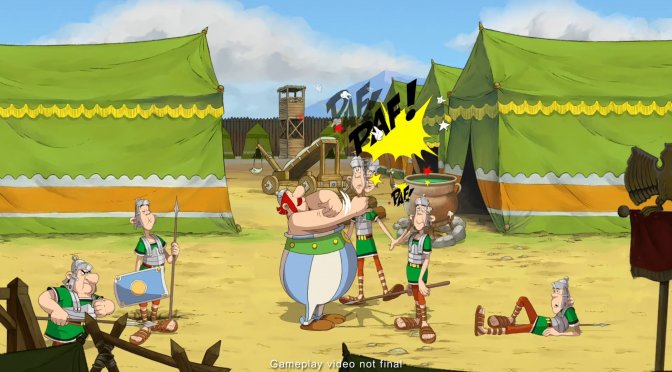 Microids has just announced a new Asterix and Obelix game, Asterix and Obelix: Slap them All!. In order to celebrate this announcement, the publisher also released the game’s debut trailer that you can find below.

Asterix and Obelix: Slap them All! is set in 50 B.C. You will play as Asterix & Obelix and set sail to the most iconic places in the comic book series while battling Roman legionaries, pirates, brigands and even the dreaded Normans.

To be honest, this feels similar to Konami’s Asterix arcade game that came out in 1992. So yeah, after almost 30 years, we have a game that most of us (in our teens) wanted to play at home.

Asterix and Obelix: Slap them All! targets a Fall 2021 release date.