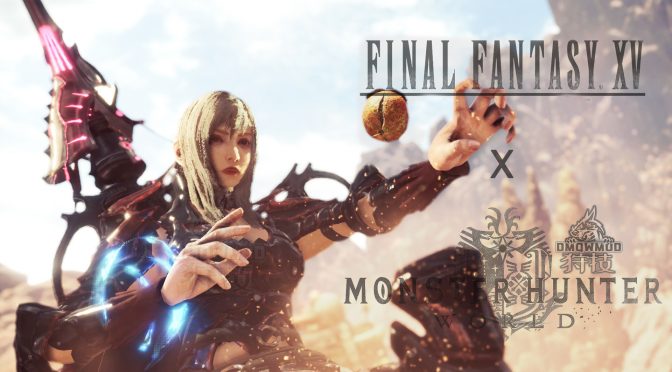 The DMQW modding group has released a new mod for Monster Hunter World that brings Final Fantasy XV’s female mercenary, Aranea, to Capcom’s monster hunting game. This mod is similar to the NieR Automata mod we shared a while back, meaning that alongside the character model and outfit, it also brings Aranea’s weapon.

All you have to do in order to use Aranea in Monster Hunter World is download the mod from here, extract the file and put nativePC into the root of MonsterHunterWorld, and select the Brigade layer armour.

In case you weren’t aware of, Aranea is mercenary in Final Fantasy XV who serves as the commodore of the Niflheim Empire’s Third Army Corps 86th Airborne Unit.

“Aranea is a hard-edged and free-spirited former mercenary whose loyalty and motivations are ambiguous. While she ranks high within the empire, she is unafraid to speak about her distrust of other high ranking officials. Despite her status, she addresses others in a casual manner, and is rather mischievous. She chooses her own path, and encourages others to do the same.”

It’s pretty awesome witnessing this kind of mods for Monster Hunter World, though I’d really love to see some additional monster replacements. The best I’ve seen so far is the Lion King mod that replaces Teostra with Simba. Now I don’t know if it’s possible to create an entirely new monster in this game via modding (since there aren’t any modding tools I believe this isn’t possible) but I’d love to see a Godzilla mod replacement so here is hoping that a modder will be able to create something like that.