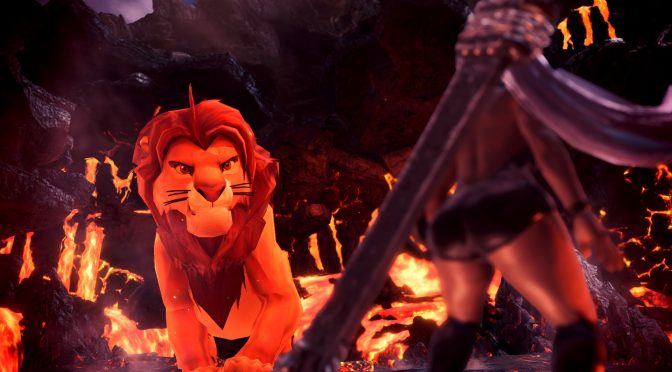 I’ve said it before and I’ll say it again; Monster Hunter World has the potential to become the next GTA V when it comes to mods. And while we haven’t seen that many 3D models switches yet, modder ‘UberGrainy’ has released a The Lion King mod for it.

As you may have guessed, this mod replaces Teostra with Simba from The Lion King. Naturally, this mod is incompatible with any mod that replaces Teostra. Still, I’m pretty sure that it would make more sense to have Scar instead of Simba but I guess there wasn’t any HD 3D model for the big bad lion of Disney’s cartoon.

Those interested can download the mod from here. All you have to do in order to install it is unzip the archive of your choice (with folders) into Steam\Steamapps\common\Monster Hunter World\.

Given the fact that Teostra is already a lion, this mod works like a charm. And that’s precisely why there is a lot of potential to this game, provided the modding community supports it. I mean, seriously now, imagine a Godzilla mod or a Jurassic Park T-Rex mod. Or a Sharknado mod just for the hell of it. The possibilities are endless.

UberGrainy has also released a video showcasing his mod in case you don’t want to try it but still want to see what it is all about.