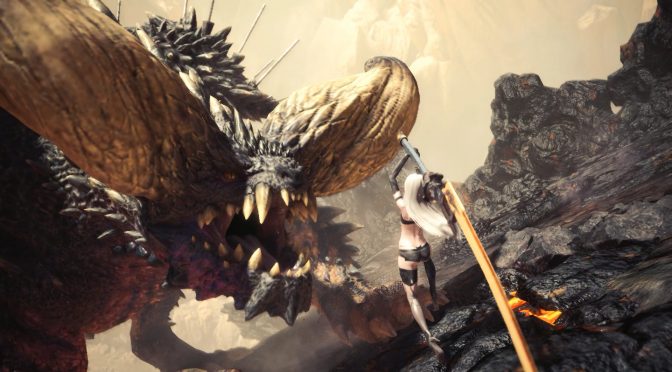 This mod features both versions of A2 that were featured in NieR: Automata; the first one is with short hair and the second one is with long hair.

Do note that there is currently an issue and the model will deform when you use mantle. In order to avoid this deformation, players will have to create matching mantles by themselves (or not use mantle at all).

Thanks to this mod, all the main female cast from NieR Automata has found its way to Capcom’s monster hunting title, something I particularly find to be really cool. It would also have been great if there was another mod that would allow you to play as 9S in Monster Hunter World, though I couldn’t find anything about it (feel free to share a link if there is such a mod).