Square Enix and Eidos-Montreal, the award winning studio behind the critically acclaimed Deus Ex: Human Revolution, today announced THE BANK HEIST, the exclusive THIEF pre-order in-game mission. In addition, the publisher has released some new screenshots for it, as well as a trailer that can be viewed below.

-As the Master Thief, infiltrate the City’s most secure location, Stonemarket First Bank, to steal a coveted family heirloom called the Star of Auldale. To this day, this heavily guarded and treacherous place remains impregnable, but that’s about to change…
-A challenging mission that will put your thieving skills to the test.
-Outsmart security measures found exclusively in this mission
-Search for the Bank’s unique loot and many other secrets
-A true homage to the Bank mission in Thief II: The Metal Age.

THE BANK HEIST will be available for THIEF pre-orders made ahead of the February 25, 2014 launch. 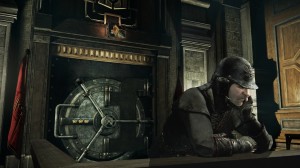 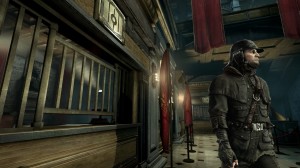