CD Projekt RED has informed us about its E3 plans. According to the company, a 45 minutes gameplay preview event is scheduled for this year’s E3, in which the Polish company will show off a new scene/sequence from its title. The Witcher 3: Wild Hunt is currently planned for an early 2015 release and promises to be one of the best RPGs to date. Enjoy the teaser image and stay tuned for more! 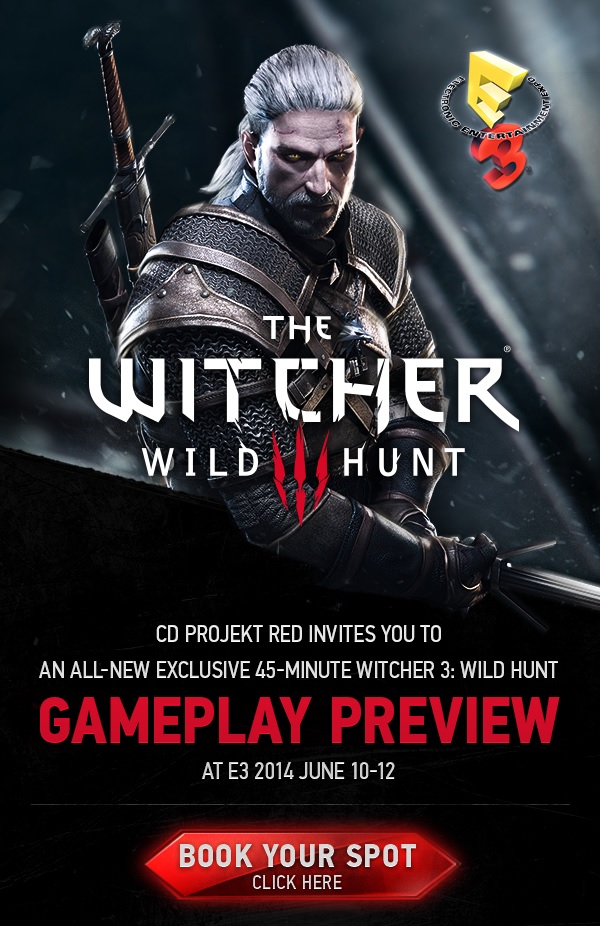