SuperData has released its worldwide digital video games stats for August 2017. According to the stats, and even though the PC segment shrank 10% year-over-year, the free-to-play market has grown 28% year-over-year. This shows how many developers are, in 2017, adopting this model for their games, and could perhaps give us an idea of what will happen in 2018.

As SuperData pointed out, the PC market shrank due to last year’s No Man’s Sky release and Overwatch’s first event and new map. Still, despite this shrink, PlayerUnknown’s Battlegrounds keeps selling like crazy. Not only that, but PUBG has overtaken World of Warcraft on the total PC games list for the first time.

On the other hand, Hearthstone: Heroes of Warcraft reached all-time high revenues due to the well-received and unique expansion, titled Knights of the Frozen Throne.

Here are the top 10 grossing titles for all platforms! 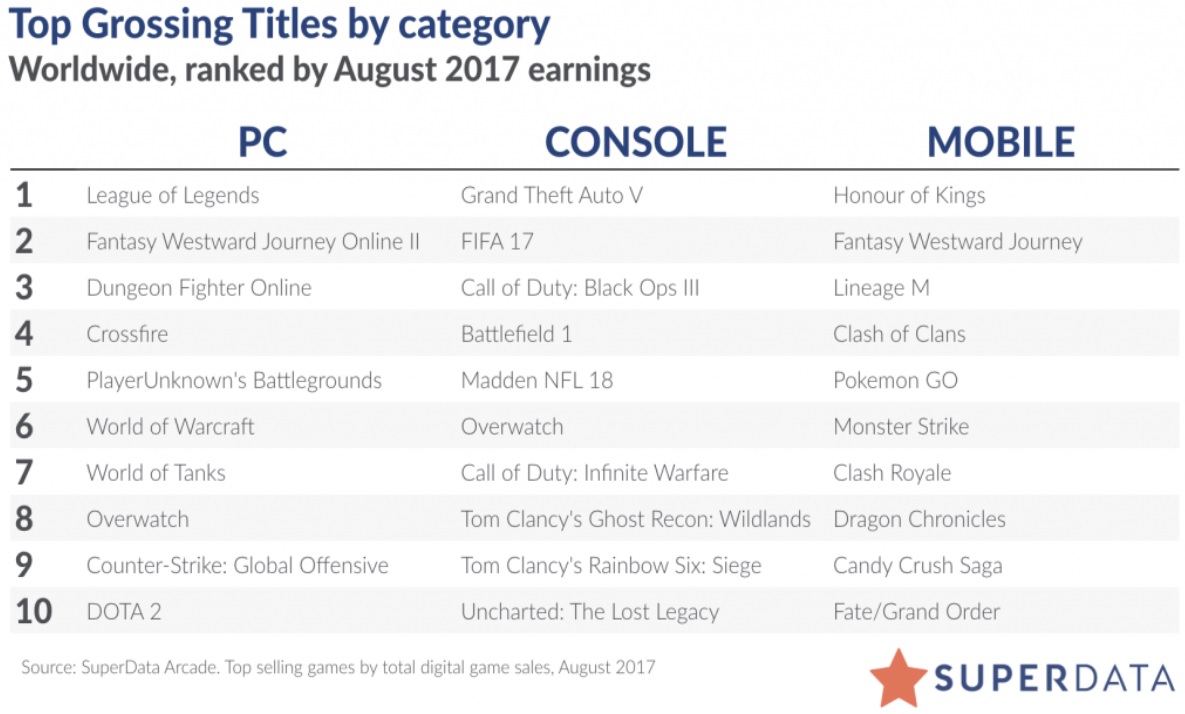