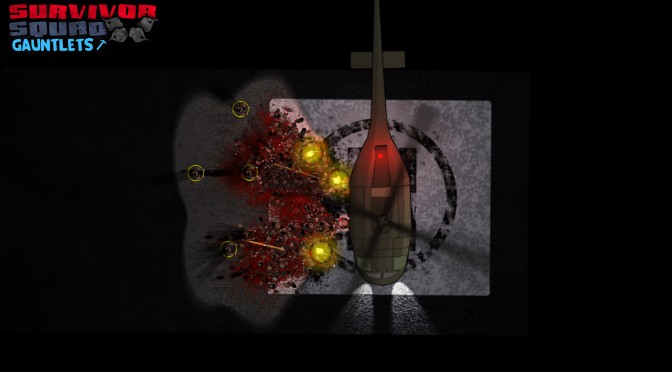 Players will develop their formations, move as a unit and cover every corner. In additions, players can use their weapons and gadgets to slaughter hundreds of infected in a series of levels with unique events.

“Gather your group, build your base, craft your gear, level your squad and get to the extraction! “

Survivor Squad: Gauntlets also features a very powerful Editor that has been used to build all the Developer Content you see in the game. The Editor lets you place all kinds of Objects and interact with them through hundreds of possible Event Actions and manipulate them with Variables and Event Triggers.