Steam surpassed 27 million concurrent players in November 2021. This basically means that Valve’s digital service was able to surpass its previous record in one and a half months. 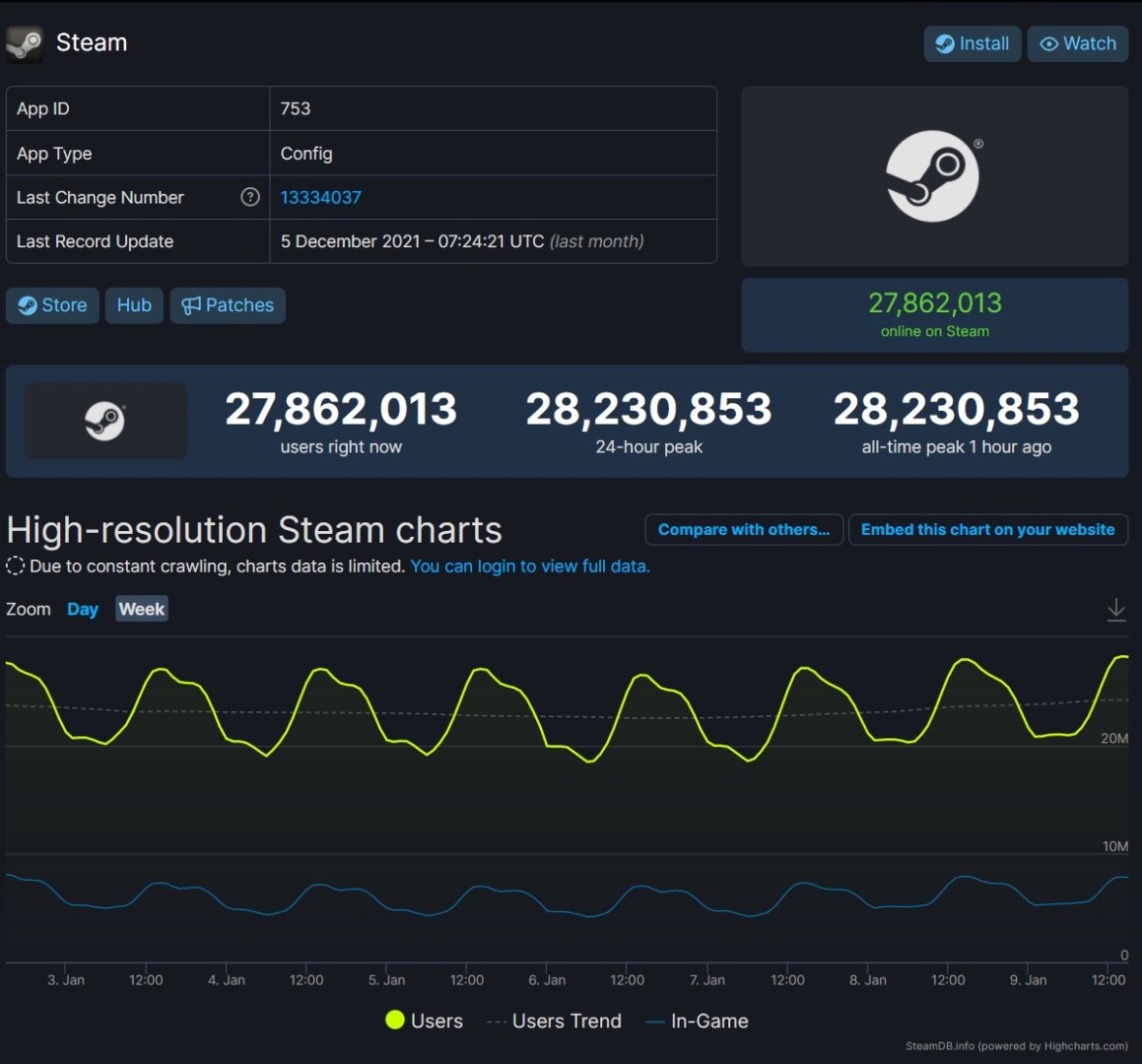 It’s also interesting taking a look at the most played games when Steam set its new concurrent players record. Counter-Strike: Global Offensive is at the top, followed by DOTA 2, PUBG Battlegrounds and Apex Legends. GTA5 is in fifth place, followed by Rust, New World and ARK. Football Manager 2022 is also doing great as it’s in 9th place and Team Fortress 2 is in 10th place. 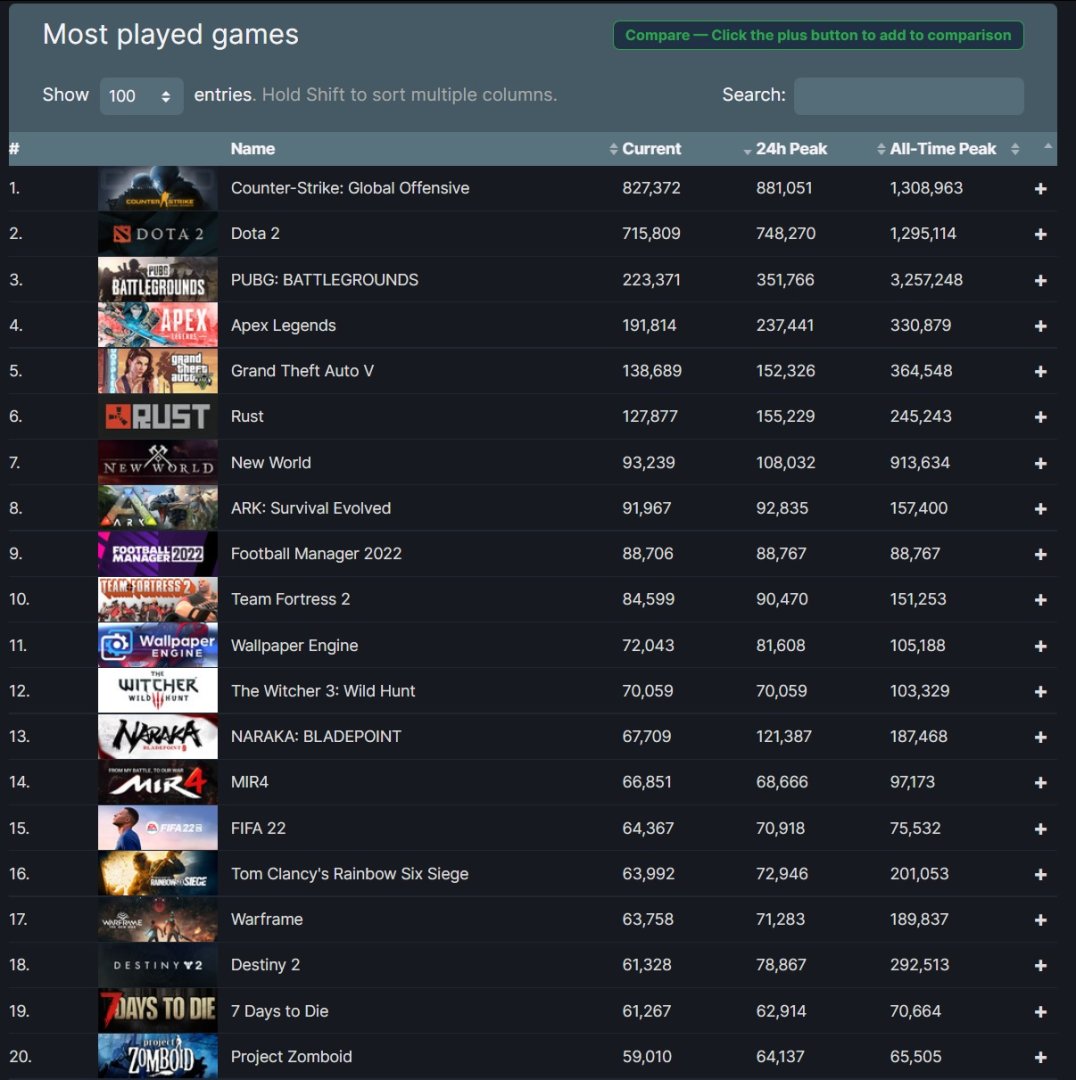