Steam’s previous record (26 million concurrent players) was set back in February 2021. My guess is that Steam’s Autumn Sale is the event that allowed Valve’s platform to set this new record. 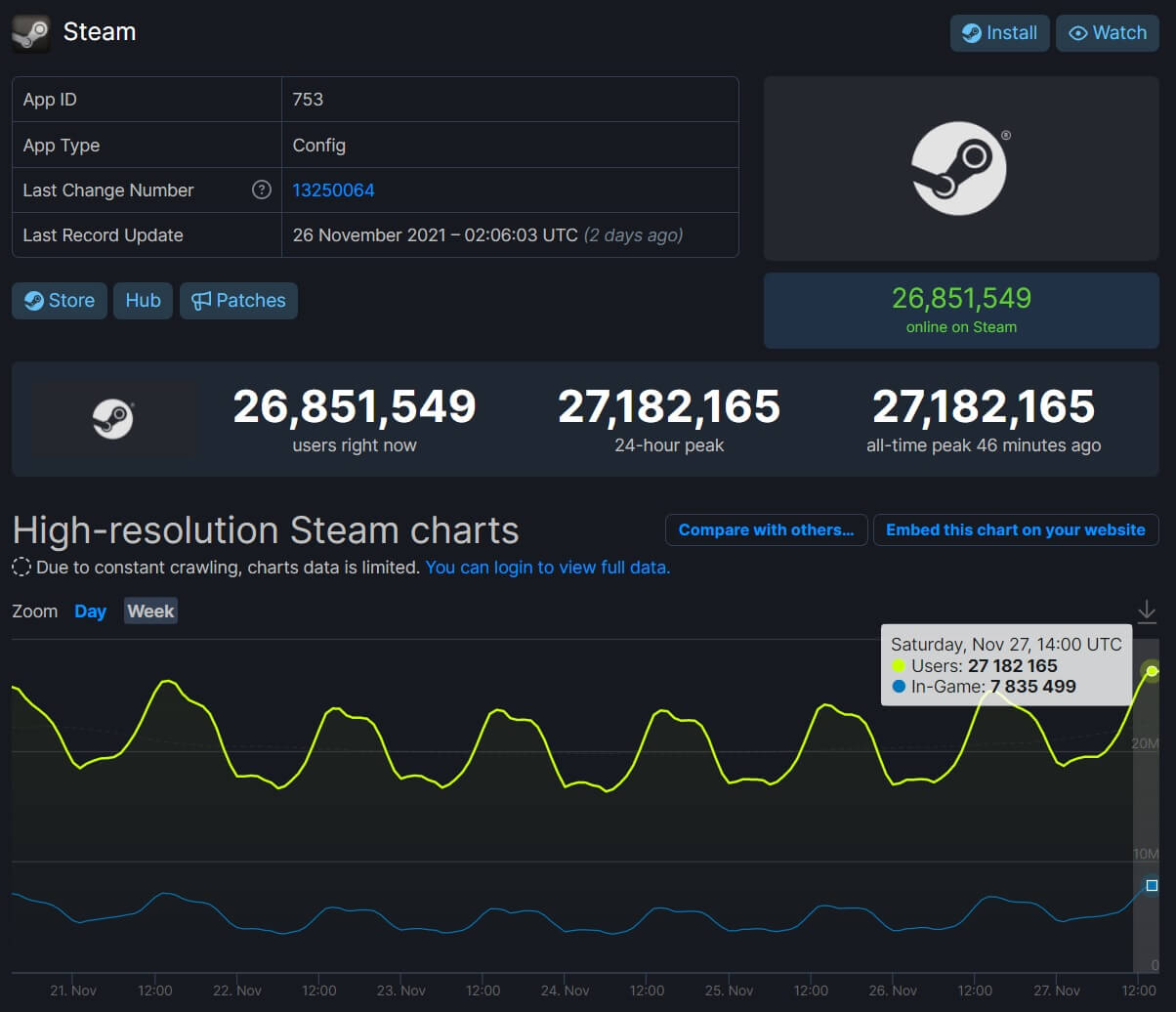 SteamData has also shared the Top 20 most played games when Steam set its new record.

The most played game was Counter-Strike: Global Offensive, followed by Dota 2, PUBG Battlegrounds and Apex Legends. New World was in fifth place, followed by GTA5, Team Fortress 2 and NARAKA: BLADEPOINT. It’s also worth noting that the recently released Halo Infinite was also at the Top 20. 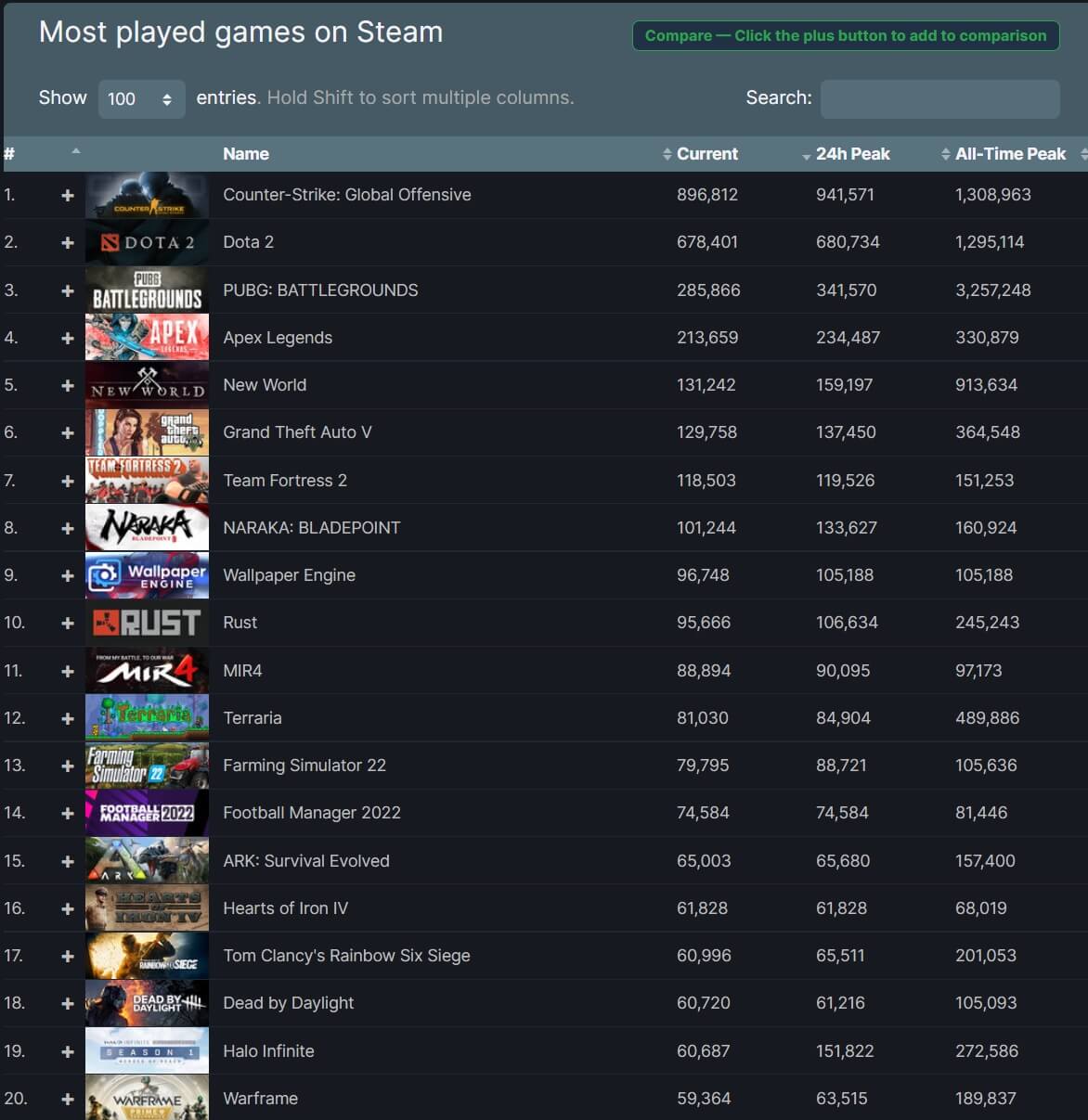