In addition to the Autumn Sale itself, SteamDB also confirmed that the event would see the nominations for the Steam Awards 2020, including two new categories: “Best Soundtrack” and “Sit Back and Relax.”

Steam Autumn Sale 2020 will begin next Wednesday (25th) along with Steam Awards Nominations for 2020.

This time around, there will be 2 new categories: "Best Soundtrack" and "Sit Back and Relax".

For VR fans, popular titles like Half-Life Alyx, Boneworks, and SUPERHOT VR are also on sale, all of which are excellent VR gaming experiences, if you are into Virtual reality.

Even if you are not interested by the first list of games you see on sale, there’s still hundreds of more, ensuring that there’s always something for every gamer. 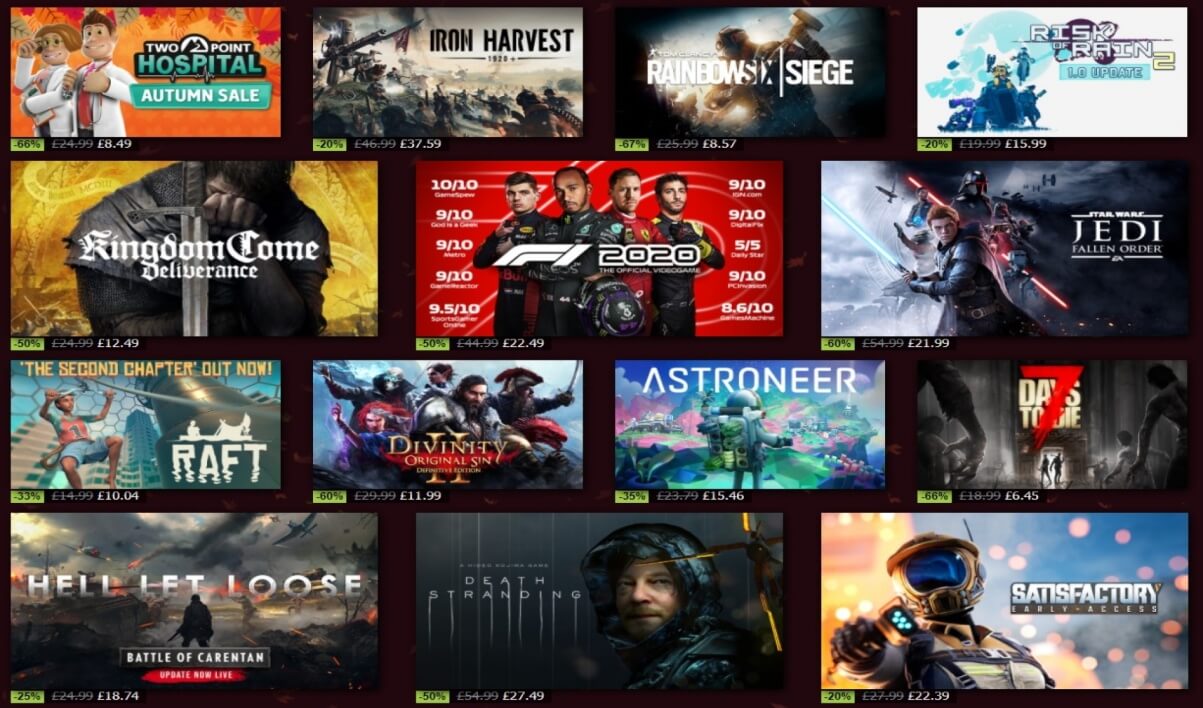 The full list of Games which are eligible for a discount can be viewed here.