As we’ve already reported, Ubisoft released a brand new performance patch for the PC version of Watch Dogs Legion. And, we are happy to report, that owners of high-end CPUs can finally enjoy the game with silky smooth 60fps, even while driving.

The good news here is that the game can run with constant 60fps at 3328×1872 with DLSS Quality and our custom Very High settings. Even while driving, our framerate never dropped below 62fps. The game now feels silky smooth, though there is still room for additional optimizations. For instance, the game is currently limited by your RAM frequency. That’s why most PC gamers have been witnessing an underwhelming performance. Below you can find some benchmarks between DDR4-2666Mhz, DDR4-3000Mhz, DDR4-3600Mhz and DDR4-3800Mhz. Do note that these benchmarks are from the pre-patch version. 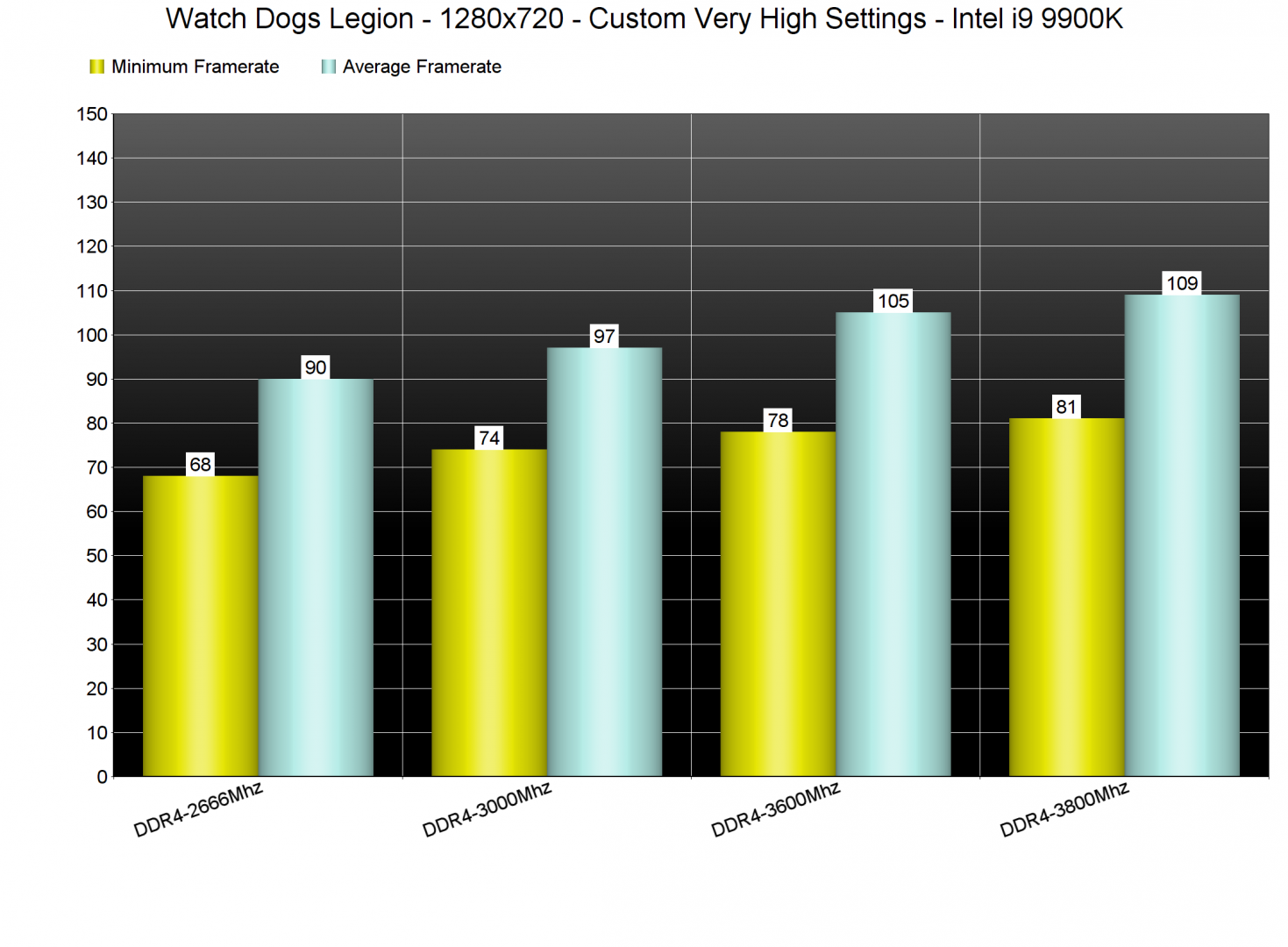 Due to these RAM bottlenecks, it’s still hard to achieve constant 60fps with Ray Tracing, even on Medium settings. In this particular game, Ray Tracing brings an additional memory overhead, which further impacts overall performance. At 2560×1440 with DLSS Balanced and Medium Ray Tracing, we had some drops to 55fps while driving. Don’t get us wrong, the game is at least playable and enjoyable now with RT. However, and for getting a completely smooth gaming experience, we still suggest disabling Ray Tracing.

Overall, Watch Dogs Legion runs better than its initial version. However, we believe there is still room for improvement. So, here is hoping that Ubisoft will keep optimizing the game with future patches.