Stardock today revealed Ashes of the Singularity, thus revealing the long-awaited first title to harness the groundbreaking power of developer Oxide Games’ Nitrous engine. In addition, Stardock has released its first screenshots that can be viewed below.

“In Ashes of the Singularity, players can take command of the forces of either the post-humans or those of Haalee. This is a galaxy-wide struggle in which each ‘battle’ wages across the surface of an entire planet. The scope of the conflict is unlike anything players have seen before.”

Ashes of the Singularity is a real-time strategy game on a scale never before seen, where even the smallest units have diverse, independent weapons systems on them and every shot fired has its own targeting solution and ballistics model.

Ashes of the Singularity aims to explore entirely new and engaging gameplay fundamentals coupled with jaw-dropping visuals. With literally thousands of units acting independently on screen at the same time, players are introduced to a familiar infrastructure of real-time strategy gameplay while focusing their attention not on small engagements between a handful of units, but instead waging large-scale wars across multiple simultaneous battlefronts.

“The scale of Ashes required us to create a new type of 3D engine. We wanted to make a game that didn’t just depict a battle but an entire war in real time, with thousands of independent units acting simultaneously.”

Ashes of the Singularity will also offer innovative multiplayer alongside its epic single-player campaign that tells the tale of the Singularity and complications arising from humanity’s evolution away from physical form. League structures, leaderboards, stats and other features will be announced as development continues, powered by Stardock’s cloud-based Project Tachyon metagaming services (led by lead architect Adrian Luff, who helped build Blizzard’s Battle.net). 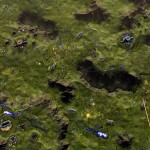 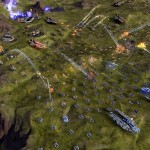 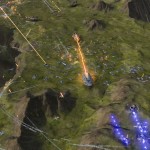 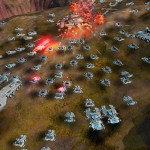 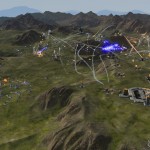