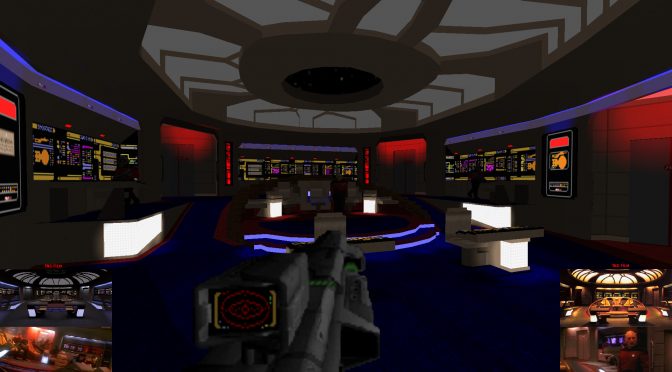 Modder ‘Blake00’ has released demos for his amazing GZDoom projects that aim to bring Star Trek and Quest for Glory IV to it. QFG4 3D is a total conversion single player 19 map mod for the classic game Hexen with the ZDoom enhancement whereas STDoom takes players on an old-school linear 3D action adventure set on the Starship Enterprise NCC 1701-D in the time and universe of Star Trek – The Next Generation.

There is no ETA on when the final versions of these mods will be completed, however we strongly suggest downloading their demos in order to get an idea of what Blake00 has created.