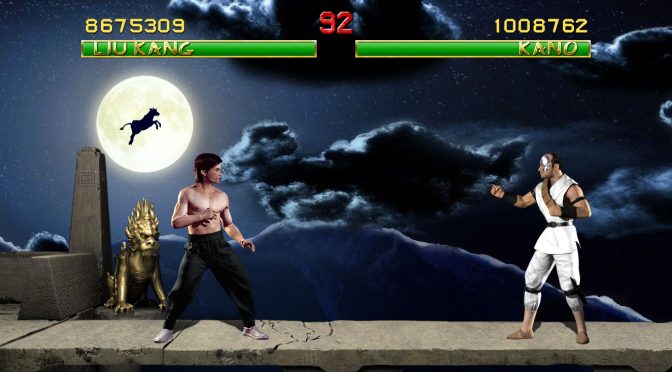 Back in 2013, we informed you about Mortal Kombat HD: Kommunity; a project that aimed to bring the classic Mortal Kombat games to glorious HD quality. Since then, we shared some screenshots and videos from that project and today we’ve got some exclusive details and screenshots.

For obvious reasons, we won’t reveal our source and we’ll keep it anonymous. Suffice to say that, alongside all the details about this project, we were presented with these never-before-seen screenshots that accompany the article, as well as some videos that have not been uploaded anywhere else.

As said, the team behind this Mortal Kombat HD fan project, known back then as Mortal Kombat HD Remix, was aiming to create proper HD versions of the first three classic 2D MK fighting games. But how was that even possible?

“Our “XXXX” explained that he/she had found images of the original actor John Turk, and painstakingly hand sculpted every detail of the references images he/she was able to find.” our source told us and continued.

“He/She then re-topologized the zBrush sculpt and did all the rigging and animation work inside 3ds Max. He/She would film himself/herself doing the movements and then keyframe the digital actor using his/her reference video until it was perfectly smooth. What we had then were near perfect CG representations of the original game sprites.

The advantages of using CG to reproduce the original game’s sprites were many. For one we could match up every frame of animation 1:1 with the original sprites. We could make costume tweaks and lighting tweaks without the expense of having to reshoot anything.”

Sounds pretty cool right? To be honest, we were really impressed by what the team achieved back in 2013 which is why we published a story about it. However, it appears we weren’t the only ones that were attracted by the quality of this project.

One night, the person responsible for recreating the sprites received a phone call from WB’s chief legal council who said she’d been following that project and was very impressed by their work. However, and as you may have guessed, WB’s chief legal council told the team to take down its MKHD web site effective immediately and that they could not make a game without legal repercussions.

All seemed lost until a team member signed a licensing agreement which gave Eyeballistic ownership of the artworks/sfx/music etc. The eventual goal was to approach Warner Brother and NetherRealm Studios about partnering to produce Mortal Kombat HD.

Since then, the new team had been working on that project and in 2016 it finished a playable version of Mortal Kombat HD in MUGEN. That version would be pitched to Warner Bros and NetherRealm Studios in order to convince them for an official Mortal Kombat HD game. And to the team’s surprise, Ed Boon was so impressed that he got them in touch with Warner Bros.

“When the presentation had ended we were put in touch with a WB business rep and told that we’d need to partner up with a professional development group if we were going to bring this project to fruition. The only catch was that our team would need to do all the leg work in approaching these development teams. This included negotiating the price and narrowing down the best development team for the job. After nearly 3 months of hearing pitches from various dev teams, the group narrowed down the short list of devs to just one. It was at this time WB’s finance rep ran a P & L (profit and loss) and determined that unfortunately the development cost would be too high and thus too risky of an endeavor for WB to take on.”

The team was told to try again next year in 2017 as that MK HD game could possibly be used to help market a future game in development. And since the team had a gem on its hand, it decided to further invest on it.

The team’s audio composer managed to produce a playable version of Mortal Kombat HD using Game Maker in under a four months and unlike the MUGEN version of Mortal Kombat HD, this version wouldn’t crash so frequently. This alpha prototype was put together by using recordings of the original Mortal Kombat arcade being played through the M.A.M.E. arcade emulator. This allowed the team to get exactly how many frames long a particular move should last so that it could match up the gameplay very closely if not exactly like the original. Although this video matching approach wasn’t flawless it was 90% of the way there in helping us reproduce the gameplay.

Still, the team wanted something more and decided to hire an actual development team and began designing the Mortal Kombat game engine from scratch. According to our source, the team hired their own development team because the cost of using a well known studio to program the game was way too expensive.

The developers also developed tools to efficiently allow non programmers to edit hit box and hurt box information visually. Flags could be set within the editor to allow animations to trigger and to effect game play physics, gravity, hit stops and much more. Moreover, and alongside the HD remake of the first Mortal Kombat, the team planned to remake both Mortal Kombat 2 and Ultimate Mortal Kombat 3.

Basically, this would be a dream come true for all MK fans. However, that’s were things went south.

“At the end of August we were once again in front of Ed Boon, this time presenting a playable version of Mortal Kombat Returns. Ed loved it and not soon after he advocated to WB executives that they should talk to us about partnering to release the game.

After several pitches later to the highest level of WB’s production, finance and sales teams, the team received a call saying, “Your project is heading toward a green light.”

After about a week another phone call, “Sorry we’ve decided to go in a different direction and we won’t be needing your group. We can’t trust development of such an important project to a team without any completed game titles.” This occurred around mid January 2018.”

According to our source, the team never received any further explanation as to why Warner Bros initially approved and then rejected the project.

And unfortunately, this appears to be the end of Mortal Kombat HD. There is high chance that Warner Bros may release HD remakes of the classic Mortal Kombat games, however they won’t be produced by the team behind MK HD Remix. Thankfully, this talented team has decided to put all of its past experience and create a fighting game that will be reminiscent of a 90s arcade fighting game like Mortal Kombat or Killer Instinct.

Enjoy the following screenshots (the last screenshot is in glorious 4K resolution) and we’ll make sure to share more once we get access to the game’s prototype version! 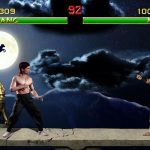 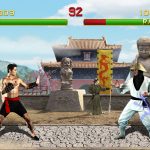 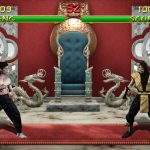 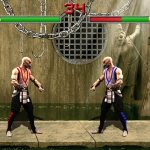 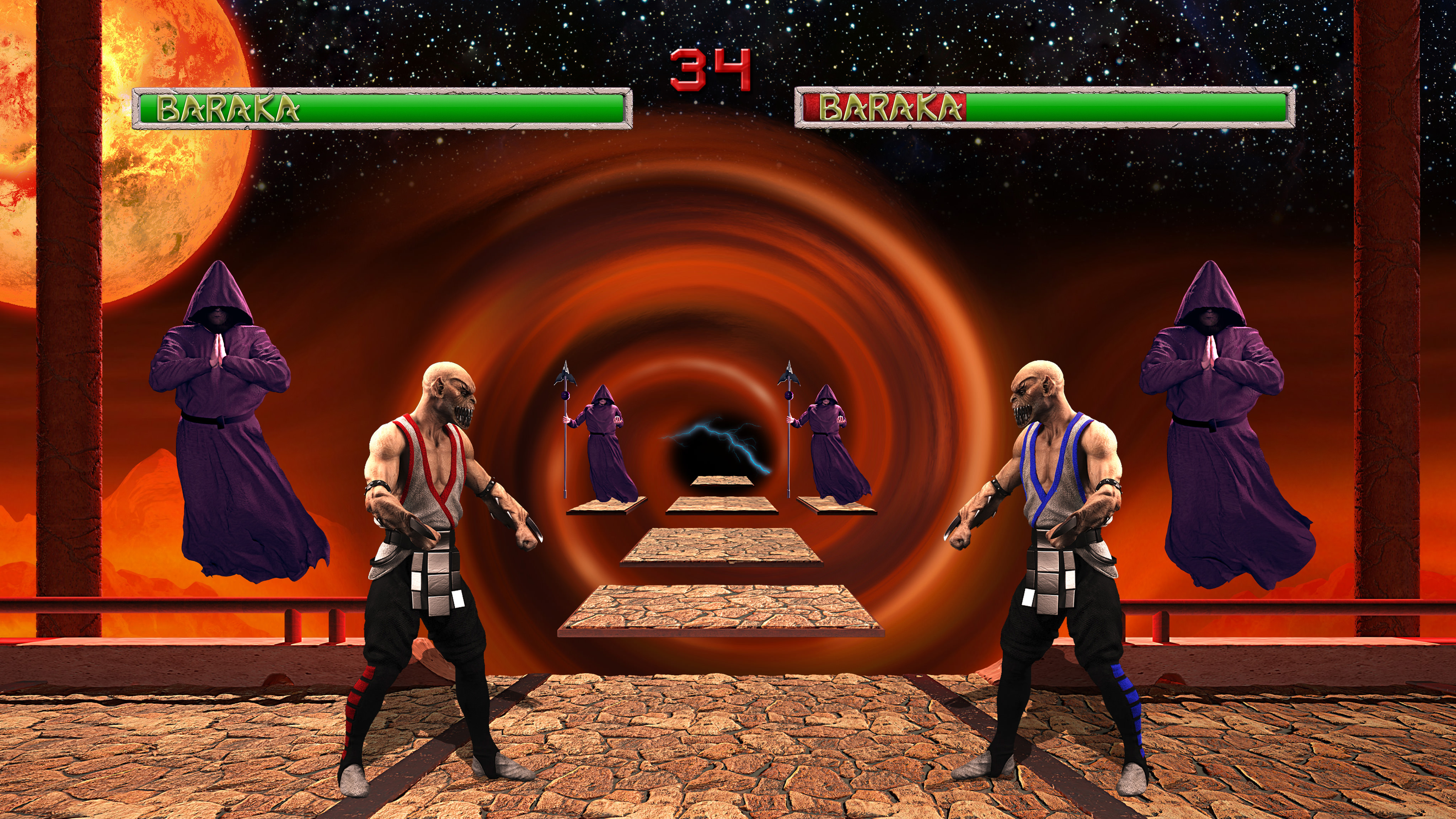