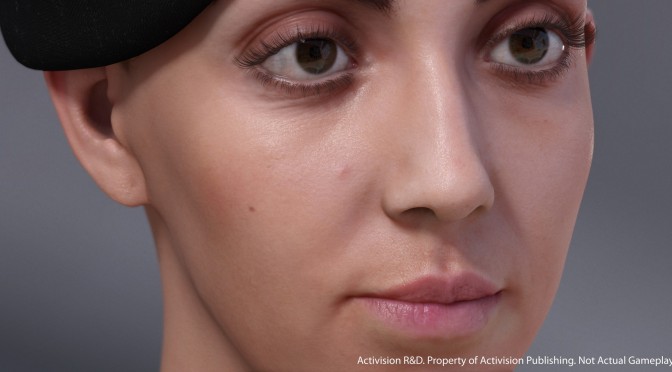 Back in January, we shared a video showcasing a new subsurface scattering technique called Separable Subsurface Scattering (SSSS). Karoly Zsolnai who is among the people behind this new skin technique got in touch with us and revealed some new information about it.

As you may have guessed, we also asked whether consoles and mid-range PCs can handle this technique, to which Zsolnai said:

“It runs well on pretty much anything”

As Zsolnai told us, Separable Subsurface Scattering’s algorithm only needs a fraction of a millisecond to process an entire full HD frame, and Zsolnai’s computer – that is equipped with an old NVIDIA card – was able to run their own tech demo with more than 100fps.

Furthermore, Zsolnai said that this technique works as a post-processing effect, meaning that all current game engines can support with ease.

“We sought a solution that works in image space, i.e., on an already rendered image, which can, similarly to FXAA and SSAO, add these subsurface scattering effects in a simple post-processing step. The final algorithm is remarkably simple and can be added to any rendering engine out there with ease. In fact, to demonstrate how simple it is, with my student, Christian Freude, we’re currently implementing it in a 4k binary executable – this means that all the instructions of the program could be printed on a business card. We have also made the source code of the algorithm freely available for everyone to download and experiment with. We believe it has all the right ingredients to show up in many future computer games!”

Our full interview with Zsolnai will go live tomorrow, so stay tuned for more!