Today Born Ready Games announced the launch of a Kickstarter campaign for its upcoming space combat game Strike Suit Zero. The money raised through Kickstarter is necessary to keep the game in development for a few more months, giving Strike Suit Zero the time to reach its full potential.

“Strike Suit Zero is incredibly close to being the game we want it to be, but we’ve realised that we need a little more time, which means that the budget needed to be increased. We hope that with the help of Kickstarter we can bring Strike Suit Zero to launch as the best space combat title the genre has seen for over a decade, and at the same time connect with space game fans around the world.”

As part of the Kickstarter campaign, Born Ready is offering exclusive PC beta access to early backers, who will help shape the final few months of development. The closed beta, which is a great opportunity to experience the Strike Suit Zero universe first hand, will run later this year.

Kickstarter supporters will be provided with a variety of valuable and unique rewards, and every backer will be named in the credits of the game. Corresponding to their pledge level, backers can receive the PC game itself bundled with a selection of extras including a Kickstarter exclusive art book, wallpapers, the soundtrack and additional in-game content. Paintings and figurines will also be offered, as well as exclusive clothing from Insert Coin Clothing. On top of all this, there is a once in a lifetime opportunity for two backers to collaborate with Junji Okubo on bringing their very own ideas for a mecha to life in a 3D-printed model.

In Strike Suit Zero, an atmospheric and adrenaline pumping voyage unfolds with exciting new game mechanics. Players participate in spectacular cosmic skirmishes and pilot a powerful transforming craft known as the Strike Suit in a bid to save Earth from destruction. With stunning music by Paul Ruskay (Homeworld) and Kokia (Tales of Innocence), and incredible mecha designs contributed by  Junji Okubo (Steel Battalion, Appleseed), Strike Suit Zero will be released for PC and consoles. 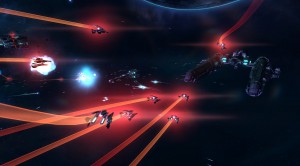 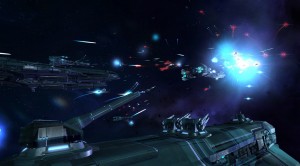 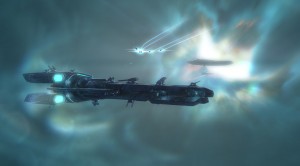