Okay everyone, time for some rumors. ShopTo has just listed a HD version of Sleeping Dogs that will be coming on PC, PS4 and Xbox One. While Square Enix has not announced anything as of yet, we kind of understand why this would make sense for it. After all, GTA V is also coming to current-gen consoles. 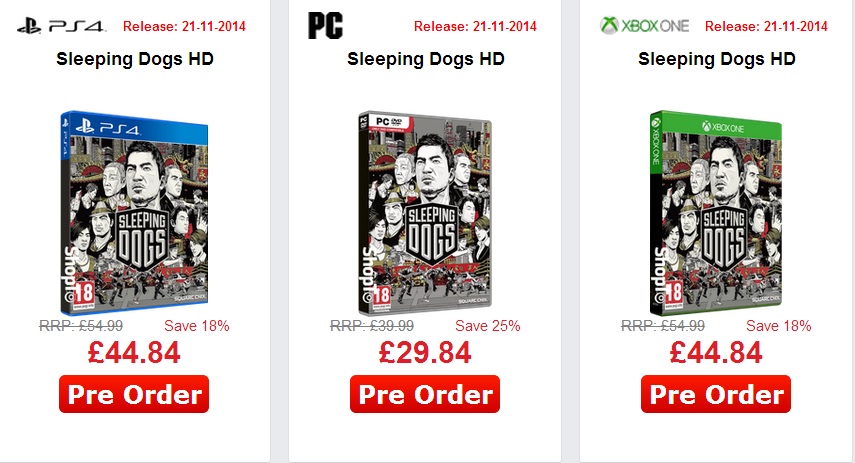 The big question now is whether this is actually legit and whether this HD version will feature more graphical improvements than those found on the PC version. Let’s not forget that the PC version sported specific features and came with a HD Texture Pack.

Let’s hope that this will be a proper HD remake of United Front Games’ sandbox title.