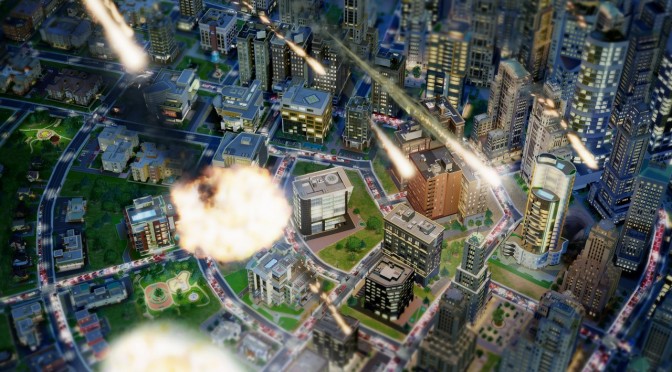 Electronic Arts and Maxis have recently revealed the rules that modders have to follow in order to create and promote their SimCity mods. According to the companies, users can create modifications or alterations for SimCity such as add-ons, new content, modified UI, or updates that use content from SimCity such as code, art, footage or other elements.

As EA and Maxis pointed out, here are the SimCity modding rules:

-Mods must not jeopardize the integrity of the gameplay or harm the experience of others. Mods that affect the simulation for multiplayer games and multiplayer features, such as leaderboards or trading with other players, are not allowed.
-Mods must not infringe any copyright, trademark, patent, trade secret or other intellectual property right of any third party and will not include content that is unlawful, tortious, defamatory, obscene, invasive of the privacy of another person, threatening, harassing, abusive, hateful, racist or otherwise objectionable or inappropriate. SimCity has an age rating of ESRB Everyone 10+ and PEGI 7, and similar ratings from other ratings boards around the world. EA requires that Mods not include any material that would not be allowed under these ratings.
-Mods may not modify any .com, .exe, .dll, .so or other executable files.
-The terms and conditions of SimCity EULA and EA’s Terms of Service are specifically incorporated into this policy by this reference. In the event that the terms of this policy are in conflict with the terms of the SimCity EULA or EA’s Terms of Service, the terms of this Policy shall supersede and govern over any such conflicting terms.
-To maintain the integrity of SimCity and ensure the best possible gaming experience for our players, EA reserves the right, in its sole discretion, to revoke permission to use, distribute or make Mods at any time, to disable any Mod within SimCity and to take disciplinary action against players who harm the experience of others.

It is said that mods can be freely discussed and promoted on the EA’s forums.

The big question now is what will happen when a new offline mod gets out. Will EA ban/remove it the same way it did with the first one that was released just a couple of weeks after the game’s launch or will we finally be able to enjoy SimCity the old, traditional, offline way?

Electronic Arts has unveiled that the tenth update for SimCity will offer an offline mode.

“Offline is coming as a free download with Update 10 to all SimCity players. When we launch it, all of your previously downloaded content will be available to you anytime, anywhere, without the need for an internet connection. We are in the late phases of wrapping up its development and while we want to get it into your hands as soon as possible, our priority is to make sure that it’s as polished as possible before we release it. So, until then… testing, testing and more testing.

In Update 10, you can still play solo in Regions on your own, or in Multiplayer with people from around the world. What’s new is the Single Player Mode, which allows you to play the game Offline by yourself. And because your saved games in this mode are stored locally, you can save and load to your heart’s content. Our team will be delivering a follow-up blog that will outline the full details in the near future so stay tuned.”