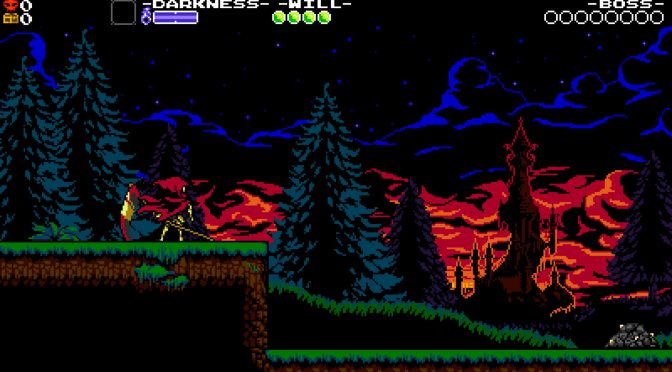 Shovel Knight: Specter of Torment is the action-packed prequel to Shovel Knight. In this game, players take control of Specter Knight, servant to the Enchantress, in a quest to recruit a cadre of knights and create the Order of No Quarter.