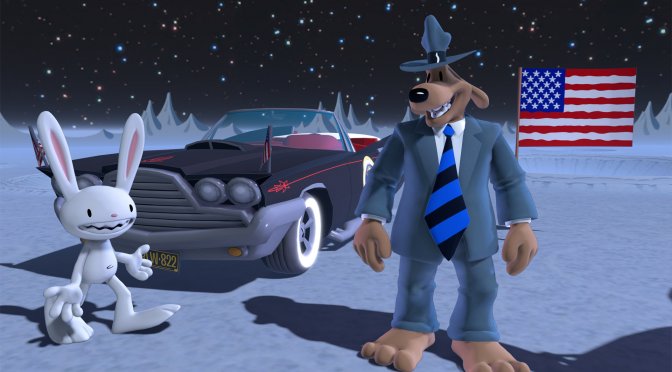 Skunkape Games, a small indie developer made up of former Telltale Games employees, has announced that a remastered version of Telltale’s first episodic series, Sam & Max Save the World, is coming to the PC on December 2nd.

Originally released in 2006 and 2007 as Sam & Max Season One, this six-part adventure was widely considered the first successful episodic game. Skunkape acquired the rights of this game after Telltale closed down in 2018.

“In Sam & Max Save the World, the duo investigate a hypnosis plot that spins to global proportions to involve washed-up child stars, the media, the mafia, the US government, the internet, and the bright side of the moon. A wacky story, brain-tickling puzzles, eccentric characters, and oddball humor provide a casual gameplay experience that was billed as “gaming’s first sitcom” upon its original release.”

In order to celebrate this announcement, Skunkape Games released the following trailer.

Sam & Max Save The World - Remastered!