Now here is something really interesting. We do know that Cliffy B hates our beloved platform and we do know that Microsoft wants to push PC gaming – well, according to their latest statements. And we wouldn’t be spreading a rumor for a possible GoW 3 port if Microsoft hadn’t revealed a screenshot which indicates that Gears of War 3 is a ‘multi-platform’ game. Wait what? Multi-platform? Keep reading.

In case you were unaware of, Xbox 360 owners will get access to a new Dashboard overhaul, but before that happens, the Xbox.com web site will be getting some major changes of its own. As a result of that, Xbox.com posted a screengrab from this new Dashboard, in which we can clearly see that Gears of War 3 is a multiplatform title and at the time of capturing that screen, it was being played to multiple platforms. 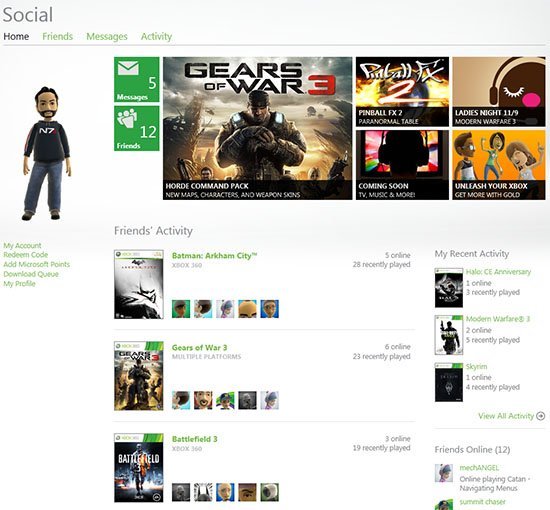 Now let’s be honest; Gears of War 3 could come to the PC. Yeah, PC gamers didn’t get the second part, but let’s not forget that the very same thing happened with the Fable series. Could Gears of War 3 be a Windows 8 launch title? It’s possible. After all, with the launch of Microsoft’s upcoming OS, XBL PC will be launched too.

So right now, this is just rumors and nothing more so take everything you read with a grain of salt. For all we know, Gears of War 3 could come to the iOS devices (which would also explain the multi-platform indication).