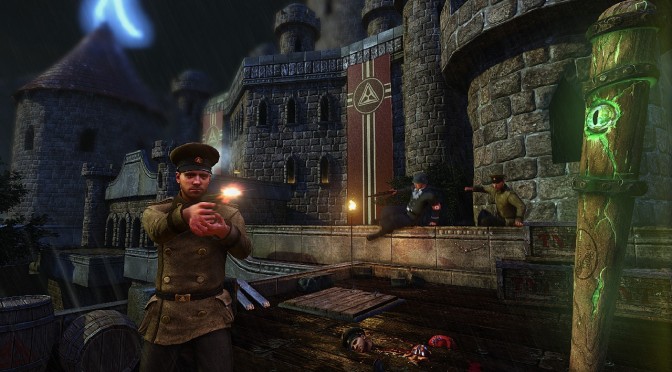 Interceptor Entertainment has released a new patch for Rise of the Triad. This patch will update your game’s version to 1.5.1, and comes with Crossplay Multiplayer support between the game’s Steam and GOG versions. As Interceptor noted, Rise of the Triad is the first game offering such a Crossplay support, so kudos to them.

In addition, this patch enables 64-bit compatibility, meaning that this update will improve performance on a variety of PC configurations.

This patch also comes with various fixes for issues that have been reported by fans (though Interceptor has not revealed yet a proper changelog of it).

This update is 1.2GB in size and will be auto-downloaded next time you start the Steam client.

Last but not least, Interceptor noted that modders will need to re-cook their Mods/Maps in order to make them compatible with the new version.