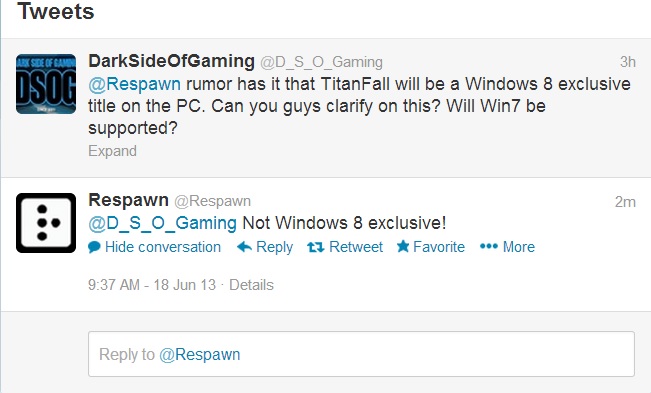 Good news then for all PC gamers, as they will be able to enjoy this new mecha title on their PC systems that are not upgraded to Microsoft’s latest OS.

Set in a distant frontier torn apart by war, players will have the freedom to switch between fighting as elite assault Pilots or agile, heavily armored, 24-foot tall Titans.

TitanFall looks pretty interesting, so we’ll definitely keep an eye on it!