“Our goal is to produce the finest Rambo video game ever made. To do that, we are including dialogue, special effects, and music from the movies. STUDIOCANAL, the owners of the Rambo films, searched their extensive archives and tracked down audio reels containing the original voice recording tapes for First Blood, First Blood Part II & Rambo III. These tapes provided us with the pristine vocal performances of Stallone and Crenna that we have included in the game.”

Rambo: The Video Game promises to put players in Rambo’s combat boots and take them on an action-packed journey through the iconic action-sequences and story-arcs of First Blood, Rambo: First Blood Part II & Rambo III. The game will be locked and loaded with classic dialogue, rage-screams and exclamations from the movies.

Rambo: The Video Game will be released on X360, PS3 and PC in 2013. Enjoy the following screenshots! 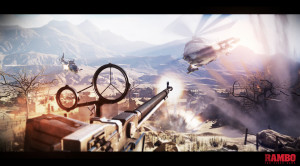 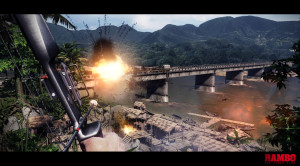