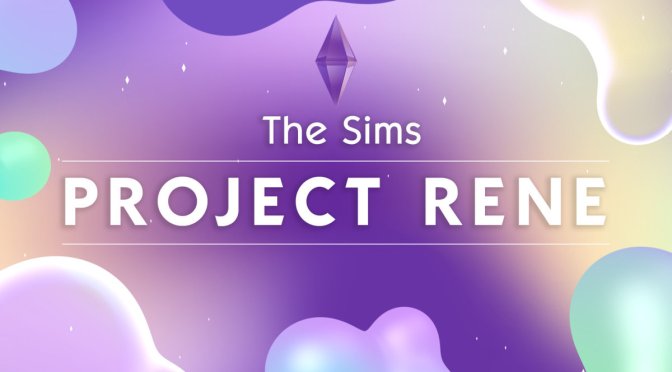 EA and Maxis have announced the next generation The Sims game, with a working title of Project Rene. As the press release reads, the title “Project Rene” was chosen to be reminiscent of words like renewal, renaissance and rebirth to represent the developer’s renewed commitment for The Sims’ bright future.

The game will stay true to what The Sims has always been while pushing to evolve how those Sims think and behave. It will reimagine The Sims with even more ways to play, tools to encourage creativity, and the ability to tell meaningful stories. With Project Rene, players will have the choice to play solo or collaborate with others, and will have the ability to play their game across supported devices.

“From the start, The Sims defined life simulation games and has continued to grow into an incredible platform for creativity and self-expression. Today marks the start of our journey over the next few years as we work on this next game and creative platform, currently titled Project Rene. We are building on the same foundation that has made The Sims compelling for generations of players and pushing the boundaries to create new experiences. We’ll have much more to share as we continue to progress on the game’s development and milestones along the way.”

At The Sims Summit, EA provided fans with a sneak peek of Project Rene. You can find some in-game footage at 28:33. However, don’t expect to see much. After all, the game is a very early stage.

Behind The Sims Summit Stream Event