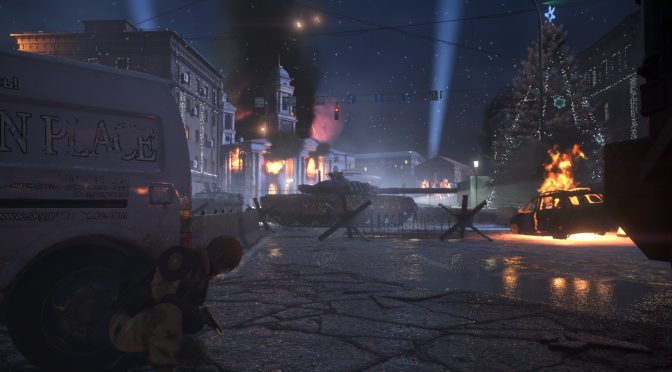 Square Enix has revealed an extended look at gameplay for the upcoming release of LEFT ALIVE, showcasing the variety of gameplay mechanics and strategies available to players. As the press release reads, LEFT ALIVE challenges players to enter a war-torn city of Novo Slava and use their skills to overcome the overwhelming enemy forces against them.

By either facing enemies head-on using powerful weaponry, or sneaking through the environment using crafted traps to avoid confrontation, players must use every option available and find the best route to survival.

Furthermore, Square Enix has unveiled the game’s official PC system requirements via its Steam store page. According to the specs, PC gamers will at least need an Intel Core i5-2400S or an AMD A8-7650K with 8GB of RAM and an NVIDIA GeForce GTX 760, NVIDIA GeForce GTX 1050 or an AMD Radeon R9 280 in order to run the game with 30fps at 1280x720 on Low settings.

LEFT ALIVE is currently scheduled for a March 5th release!

LEFT ALIVE | Through the Warzone – 14 Minutes of Gameplay