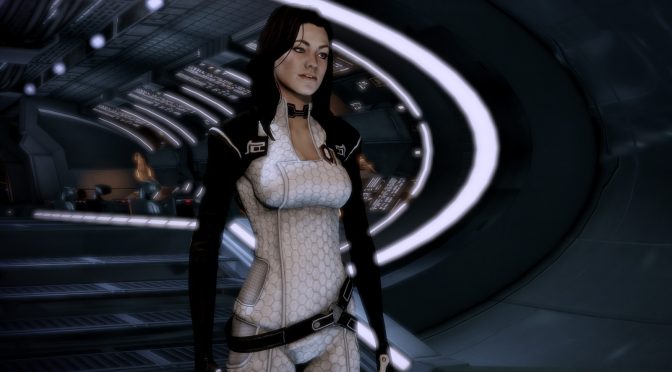 On January 28th, 2010, Electronic Arts released Mass Effect 2. A lot of people consider Mass Effect 2 to be the best part of the series and since the game has just turned eight years old, we’ve decided to celebrate it by sharing some must-have mods for it so that players can re-experience it.

The first mod is the must-have Texture Pack, ALOT. ALOT is a one-step download to upgrade Mass Effect 2’s graphics to today’s standards. This pack features 1200-ish high resolution (2K, 4K) textures. The modders that have contributed to it have strived to achieve the best look possible, while remaining very close to the vanilla (default) style. Among many others, this project includes HR textures for: squad mates, environments, cerberus, geth, quarians, reapers, the galaxy map, NPCs, weapons, armors, etc.

The second mod we’re recommending is the Intuitive Controls Mod. This mod was designed to improve the PC controls of Mass Effect 2, allowing more accurate, safe and responsive control of the character. As such, we highly recommend downloading it as it will improve your overall experience.

ME2 Graphics tweaks mod is basically a mod that improves the graphics by using Unreal Engine 3’s techniques. With this mod, players can disable the post-process effects like Bloom, FilmGrain, MotionBlur, DepthOfField and Ambient Occlusion, increase Texture Resolution, Level of Detail, Shadow resolution, Saturation quality, and Anisotropic Filtering. In short, these are tweaks that you can do yourselves via the game’s INI files and they do not introduce any crashes or compatibility issues.

Another interesting mod is Shorter Loadings. As its title suggests, this mod shortens loading times and speeds up your playtrough. Do note that according to some gamers, this mod is not compatible with the DLCs (but works fine if you have installed the main game).

Last but not least, here is something for those that want an improved gameplay experience. ME2Recalibrated is an overhaul fixes bugs and broken lore, rectifies poorly implemented content, restores cut material, and in a few small cases, adds new content to the game. As the modder noted, all content has been fully modded into ME2. There are no Gibbed hacks here, no discrepancies in quest status between the journal, galaxy map, etc.