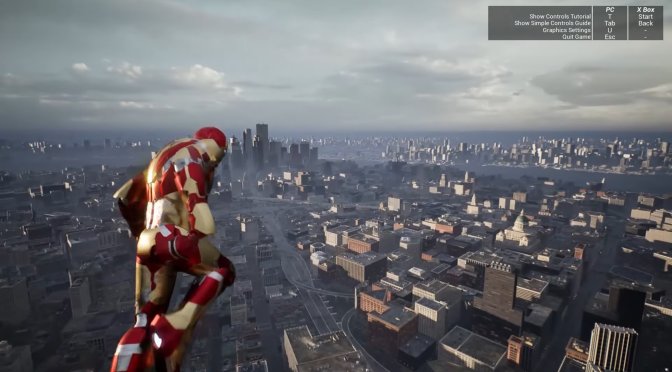 Created by “Aaron Wayne Morse”, this free tech demo lets you play as Iron Man. From what we can see, players can fly up in the skies, and there is also a cool superhero landing. Unfortunately, though, this Iron Man tech demo does not feature any combat moves. In other words, all you can do is fly and nothing more.

In my opinion, the most promising superhero UE5 tech demo is the unreleased Batman demo. After all, that tech demo will most likely let you fight some enemies. Then comes the Spider-Man demo, and then the Iron Man and the Superman demos. On the other hand, these are free tech demos so I guess we should at least stop whining about them.

But anyway, you can download this Iron Man Unreal Engine 5 Tech Demo from here. Since this demo uses the Megacity from The Matrix Awakens, it’s as demanding as the Superman and the Spider-Man demos.