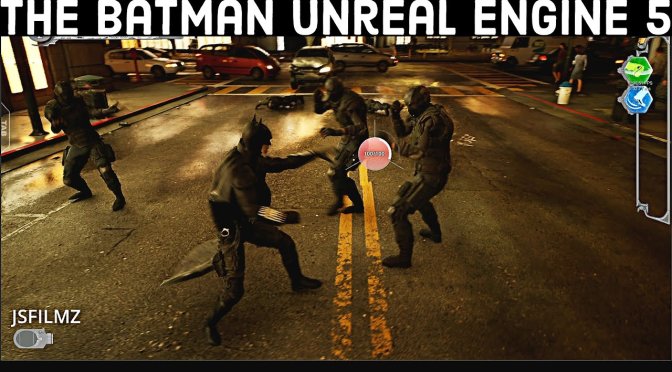 Last month, we shared the free Spider-Man and Superman Unreal Engine 5 Tech Demos. These demos used the “The Matrix Awakens” Megacity in order to provide a look at what the next-gen Superhero games could look like. And soon PC gamers may be able to experience this demo as the Batman.

YouTuber ‘JSFILMZ’ is currently working on this Batman Unreal Engine 5 Tech Demo. Similarly to the aforementioned superhero demos, this one will bring Batman to the Megacity. Additionally, this Batman demo will have some basic combat mechanics (and will allow you to fight some enemies).

For a one-man project, this demo looks pretty cool. Unfortunately, though, there is no ETA on when it will come out. JSFILMZ has also stated whether they will make this demo available to the public. From what we know so far, the YouTuber will use this demo for their “Batman Game/Short Film Series”.

Anyway, this Batman Tech Demo looks really cool (it also has some nice cloth physics), so be sure to check it out!