At this virtual-only event, Koduri will host a presentation titled 1000X More Compute for AI by 2025. Raja is scheduled to be present at Samsung Electronics Event day in which he will talk about Intel’s plans to outsource some of its production to third-party fabs, mainly Samsung.

There have been rumors and speculation for quite some time now that Intel is going to tap Samsung’s fab production capacity for its upcoming XE-based discrete GPU lineup.

Previously, Intel did everything in-house, using its own leading-edge nodes, but since not only its 10nm process but also 7nm node has been in trouble, the company now plans to look outside in order to outsource some chip production.

This presentation just comes after Raja Koduri tweeted an image of his visit to Samsung’s Giheung plant in Korea last year, which sparked some rumors that Intel might tap Samsung to produce components for its XE-architecture graphics solutions.

SAFE is going to be a global virtual conference. Intel is surely at a crossroads as the company struggles with node manufacturing, since both the 7nm and 10nm nodes have been experiencing significant delays. This presentation at SAFE forum seemingly confirms that Samsung will be the contractor for future Intel products.

The problem with company’s process nodes, and its delay, has forced Intel to consider outsourcing some components built on latest process tech to third-party foundries.

However, Intel has still not developed an outsourcing strategy as evident from the recent Q3 2020 earnings call, which means we could see the company use either TSMC or Samsung foundries to produce its future AI/graphics products, and next-gen chips, or even both.

Intel says that it is “confident in 2023 product leadership on either Intel 7nm or an external foundry or mix of both.”

As you may already know that the 10nm Intel processors were due to launch back in 2016. Then later in 2019 the company released its first Ice Lake series of mobile CPUs, which were the first mass-produced 10nm products. Even as of now, the majority of Intel’s CPU lineup is still based on the company’s older 14nm process tech node.

Intel has fallen behind in the silicon race because of all these issues, and now is forced to rely on 3rd party foundries.

Intel also has a contract to develop an exascale supercomputer at the Argonne National Laboratory, dubbed as Aurora. This supercomputer will be using Intel’s CPUs and the company’s upcoming Xe GPUs. So in order to avoid any further delays in delivering the products to contractors and customers, the company has to look at external manufacturers.

It is also important to note that after any contract, any third-party foundry has to build out significant amount of capacity just for Intel, and we know that TSMC is already capacity-constrained and tends to ask a premium for its leading-edge wafers.

Intel’s CEO Bob Swan has also stated before that the company could move back to its own foundries once it has fixed its own 7nm node. Which means Intel could just ‘port back in’, from either TSMC or Samsung, but this doesn’t seem like an incentive measure.

So in order to secure a contract, Intel needs to commit in procuring a significant amount of capacity from TSMC, much like AMD did with its wafer supply agreement (WSA) with GlobalFoundries.

On the other hand, Samsung’s wafers are apparently less expensive, and the company’s demand is relatively also lower than TSMC, so it could have more available production capacity for Intel.

Intel could also seek a licensing deal that will allow it to build chips based on an external foundries’ process, but in its own in-house facilities. After all, GlobalFoundries has employed a similar strategy back in 2014, when it licensed Samsung’s 14nm process tech. 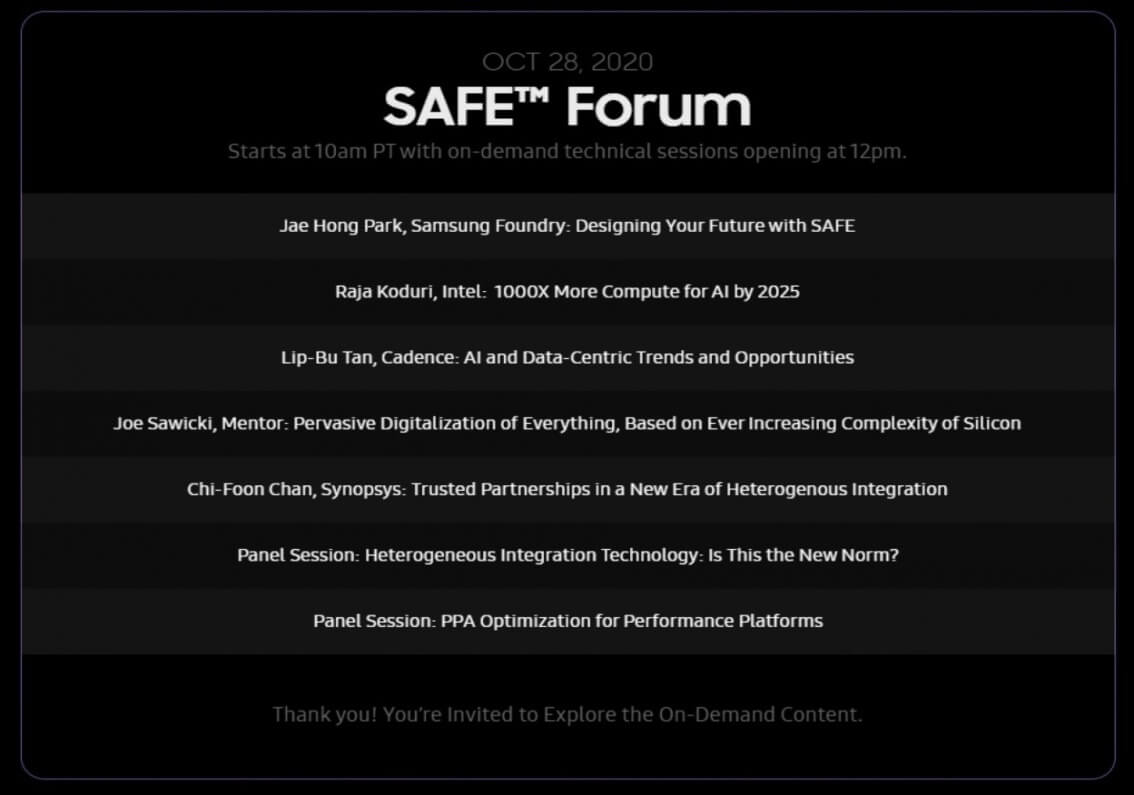