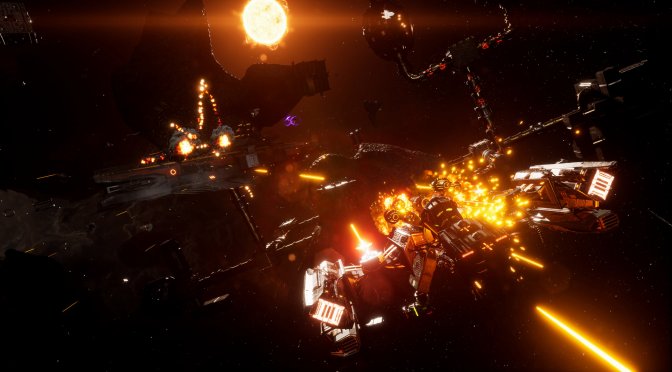 Merge Games and Italian Games Factory have announced their next generation of space combat game, Haunted Space. In addition, the publisher released the game’s debut trailer that you can find below.

In Haunted Space, players will traverse multiple unique star systems, each filled with danger and intrigue. The game will feature both first-person and third-person perspectives.

Furthermore, and according to the developers, the game will feature stunning ray tracing effects and immersive audio.