We are pretty sure that you’ve already heard the rumors about Halo 4 coming to the PC. As we pointed out – back then – though, those rumors were inaccurate. The upcoming requirements that were listed on Halo 4’s official website were about X360’s accessories, however Microsoft may be up to something as it included a picture of Halo 4’s Master Chief on its PC Gaming Store.

Microsoft has used this screenshot in order to advertise a number of gaming computers that are available on its store. Therefore – and as we can see below – Halo 4’s Master Chief looks all mighty on a laptop screen. Now the big question is this; why did Microsoft decide to use Master Chief?

Some might say that this is an indication/hint of Halo 4 coming to the PC. Others will say that MS used him as its an iconic hero that can attract audience. Console kids know Master Chief and could very well be influenced by such a thing, even if the actual game does not come to the PC platform. Let’s also not exclude the fact that this could simply be a bad choice of picture from the website/page designer.

The last PC appearance of Master Chief was a couple of years ago with Halo 2, a title that was one of the first requiring Windows Vista.

Could Halo 4 hit the PC platform as a Windows 8 exclusive? Sounds plausible. As always, though, take everything you just read with a grain of salt as nothing has been confirmed as of yet! 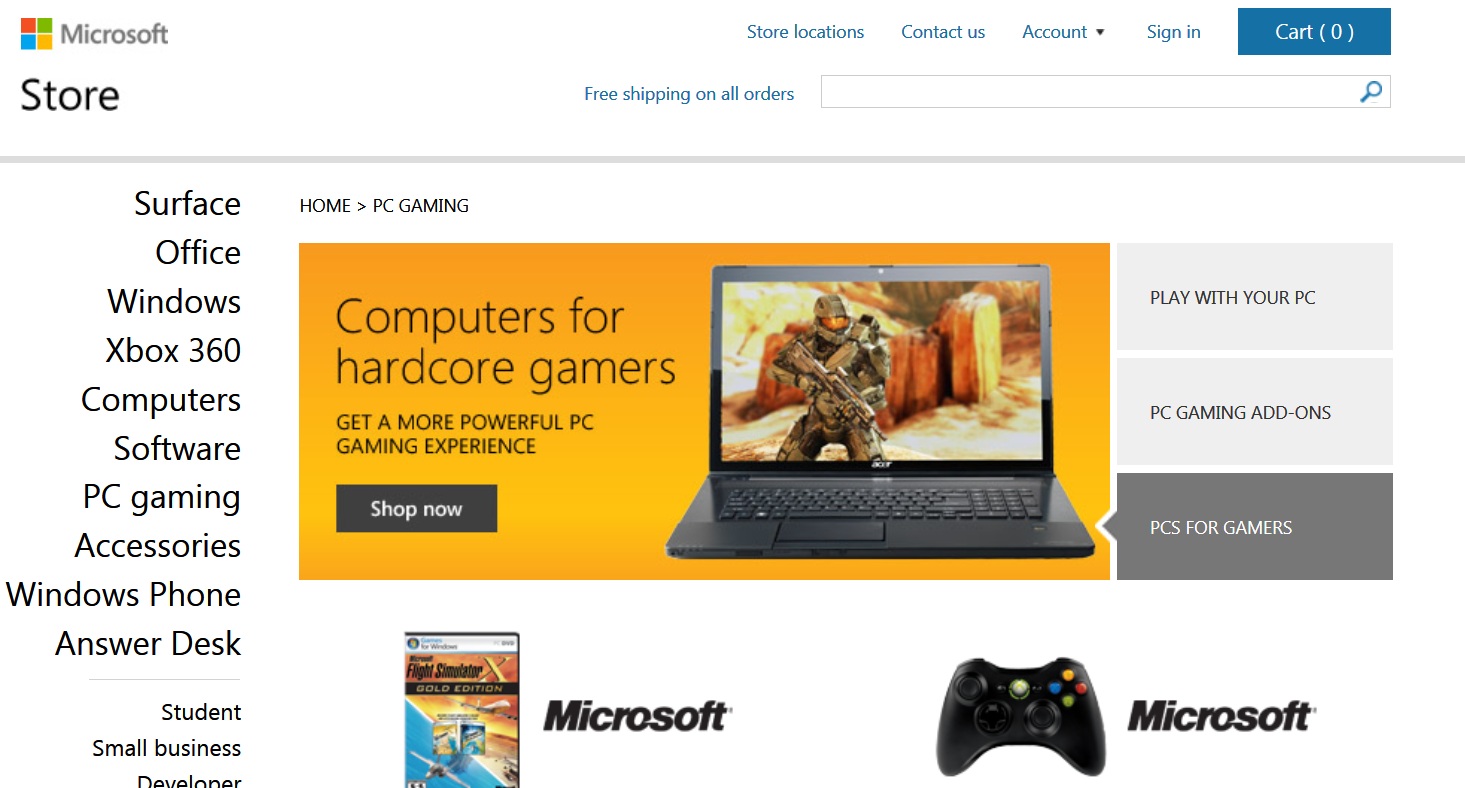