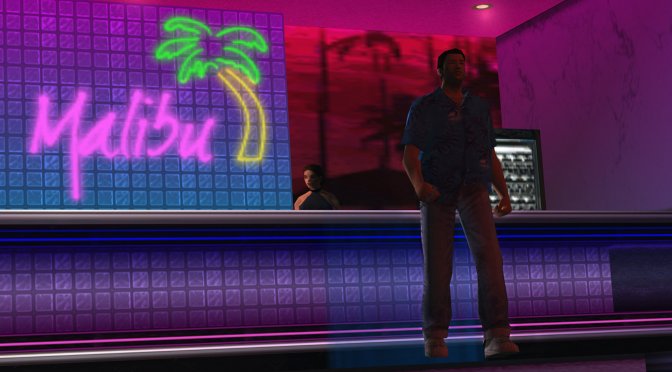 Modder ‘KalvinMDB ‘ has released a new version of his Vice City BETA Edition mod for Grand Theft Auto Vice City. As the title suggests, this mod aims to bring back to the game most, or if not all, the features that were cut during development.

The mod aims to restore buildings, dialogues, pedestrians, and the game’s initial atmosphere. Thus, PC gamers will be able to experience the most authentic experience.

Version 3.5.6 fixes numerous bugs from the previous releases and adds a few new things. Unfortunately, the modder did not provide any additional details. Furthermore, the mod now comes with its own installer.

KalvinMDB is also working on the next big version of this mod. In Version 4, he will finish the rest of the big map modifications. He will also restore the last of the cut dialogue in missions, and will recreate the cut weapons (those being ones such as the Grenade Launcher, Tazer, etc). He will also implement some new features, like drinking, gambling, and dating. Lastly, he also plans to restore all other miscellaneous things such as songs on radio stations and more.