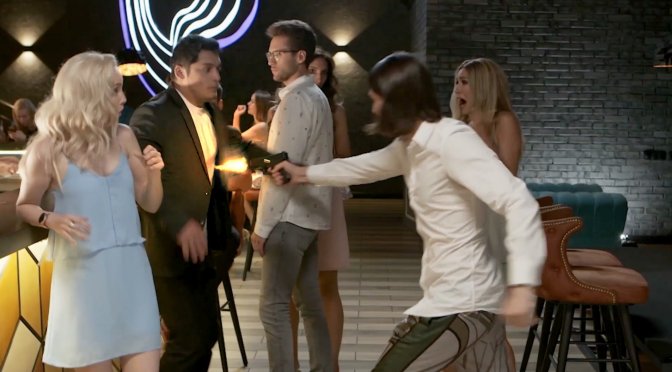 According to Richard La Ruina, GamesPlanet offers both the uncensored and censored versions of the game. Furthermore, the game does not feature any DRM, and comes with a time bonus. 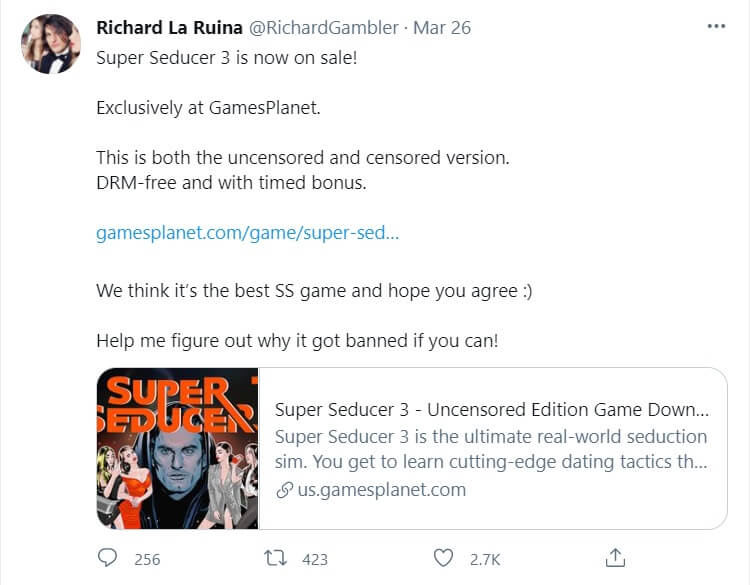 Here is what happened with the game’s Steam version.

“Super Seducer 3 was refused by Steam in mid-February to be published on their platform, deemed “sexually explicit” because of its real actors and the sexual tension that emanates from the game. Richard La Ruina, the game’s author and lead actor, offered alternative versions. He was also willing to make all the necessary changes to the game. Despite all these efforts, Steam and Valve did not accept the game.”

Super Seducer 3 is a real-world seduction sim, featuring FMVs. The game features optional paths for each level, and multiple endings. New to the series is the Custom Mode which allows you to alter the gameplay experience in different ways that make the game more suited to how you want to play.

You can purchase the game from here!