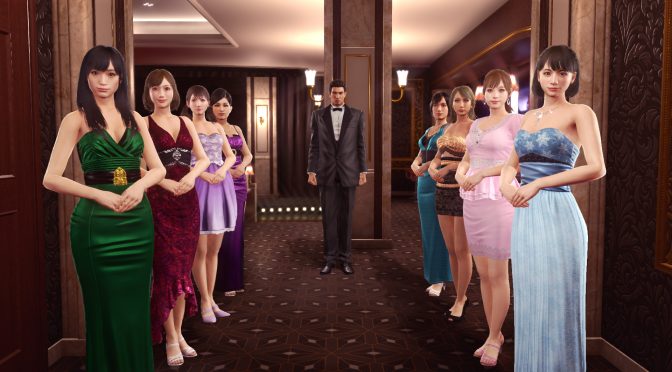 Well, it was bound to happen. Yesterday, we informed you about a 3D model swapper for Yakuza Kiwami 2. Created by modder ‘Moonspell’, that mod replaced the Kiwami2 main protagonist Kazuma Kiryu with Takayuki Yagami from Yakuza Judgment. And today, the same modder released the first nude mod for this Yakuza game.

According to its description, this mod lets you play with real Nude Platinum Hostesses in the Cabaret Club. Moreover, all the hostesses will be naked during the cutscenes and the minigames (in which you talk with them in bars or restaurants).

To be honest, and given the nature of the Yakuza games, it makes perfect sense for such a nude mod. However, and disappointingly enough, this nude mod does not have any impact on the girls’ stats (I don’t think the modder has included any special attributes to it, though it would be cool to use this nude mod and get an instant “S” for Sexy).

Nevertheless, this is a mod that will interest some PC gamers. The good news is that this mod only affects the cabaret hostesses and does not undress the rest of the female NPCs while exploring the city (though I’m pretty sure that some other modders will come up with such a nude mod in the future).

Those interested can find this nude mod for Yakuza Kiwami 2 at NexusMods. All you have to do is search for the “Real Nude Platinum Hostesses” mod. Do note that you’ll need to login to NexusMods and enable the Adult content from your control panel, otherwise you won’t be able to find the mod.