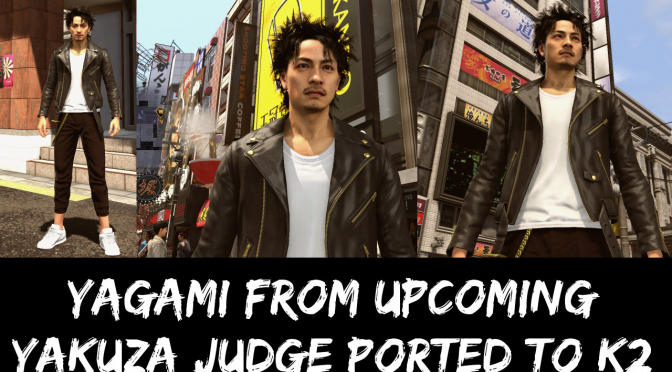 Judgement, also known as Project Judge and Judge Eyes, is the upcoming Yakuza spin-off that SEGA is currently working on. And while this game has only been announced for PS4 (at least for now), PC gamers can play as its protagonist in Yakuza Kiwami 2 thanks to a brand new mod.

In order to install it, you’ll have to download it from here, create a Backup of “chara.par” and “db.par”, then use the Patcher (xdelta3) with the Patchfile, and then copy the new db.par to your Gamefolder “Data”.

Judgement has already been released in Japan and is coming to the West on June 25th, 2019. As said, the game is right now exclusive to Playstation 4 but since the Yakuza series is commercially successful on the PC, we can assume that Judgement will also find its way to the PC.